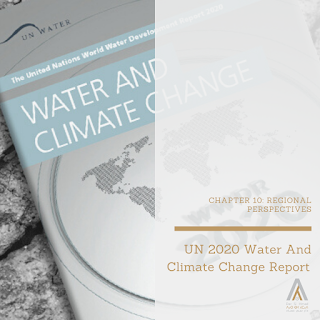 The tenth chapter of the UN 2020 Water and Climate Change discusses existing processes and challenges in the world from different regional perspectives. Despite the water-related impacts of climate change transcending borders, regional perspectives are often missing from climate change dialogue, agreements, funding mechanisms, and action. Instead, climate change policy is often framed at the national level.
The report breaks down water-related climate change activities by region, but this summary will only focus on North Africa and West Asia because of Dar Si Hmad’s work in Morocco. The region’s vulnerability to climate change is high across the region, but vulnerability increases in southern areas like the Horn of Africa, the Sahel, and the southwestern part of the Arabian Peninsula.
In North Africa and West Asia, the effects of climate change intersect with complicated socio-economic and political dynamics that affect water at subnational, national, and regional levels. These new dynamics can come from the politicization and weaponization of water resources and displacement, particularly for countries experiencing violent conflict. What further complicates climate change and water management in the region is how “almost all Arab states “are highly interdependent,” because of their shared reliance on transboundary water resources, making integrated regional water policy difficult to achieve. To add further complications, the World Bank estimates that water scarcity exacerbated by climate change will cost up to 6% of the region’s gross domestic product by 2050. 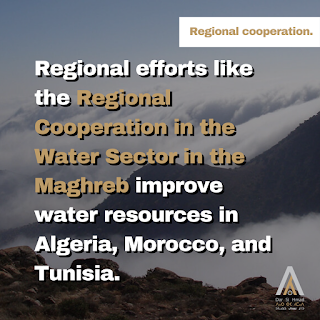 When considering appropriate policy responses in the region, the report focused on Jordan, Mauritania, and Tunisia. All three countries have included water-related measures in their national plan, NDCs, and Adaptation Plan – all at the national and transboundary level. Morocco’s neighbor Tunisia is part of a project called Regional Cooperation in the Water Sector in the Maghreb (CREM), which is funded by German development agencies BMZ and GIZ, along with the Sahara and Sahel Observatory. The goal of the CREM is to improve water resources in Algeria, Morocco, and Tunisia by improving regional cooperation and information-sharing platforms.
The report suggests regional communities around the world should assess the impacts, vulnerabilities, and potential adaptation measures for countries. This is done successfully with the Regional Initiative for the Assessment of Climate Change Impacts on Water Resources and Socio-Economic Vulnerability in the Arab Region (RICCAR), which prioritizes strengthening institutions to act on climate change in the national and regional scale.
Countries and regions should be adopting integrated approaches, which strengthen existing infrastructure across sectors and take action at all levels. Some examples of integrated approaches include investing in better and more accessible information or transporting and treating water, as well as harnessing both adaptation and mitigation benefits.
Instead of regional integrated approaches, many countries operate with nationally determined contributions (NDCs) from the Paris Agreement. Although water-related issues are the most often-cited priority for NDCs adaptation measures, there are variations in how water is mentioned. Countries within the Economic Commission for Europe, for example, place little emphasis on water and instead focus on mitigation measures with their NDCs and have transboundary climate-water initiatives. On the other hand, more than half the NDCs for countries like those in Economic and Social Commission for West Asia do mention water-related measures for institution-building and infrastructure.
Overall, however, there is room to improve the water-related measures of NDCs. The report stated that only half of countries had climate change strategists who were aware of the water sectors plans to adapt and mitigate climate change. Additionally, not all countries are committed to water conservation, especially the Economic and Social Commission for Asia and the Pacific countries. All regions, however, have few concrete proposals that relate to water-related climate adaptation.
Written by: Gari DeRamos, Dar Si Hmad's former Intern
Posted by Dar Si Hmad at 12:39 PM No comments:

Should you have guessed that l’3mART n’Id Yennayer is what made the highlight of Dar Si Hmad in January 2021, then you are right!! In addition to this inspiring celebration, other events took place this January in DSH and find them below.

You’re out of the loop? No worries! read through this article to get all the information! 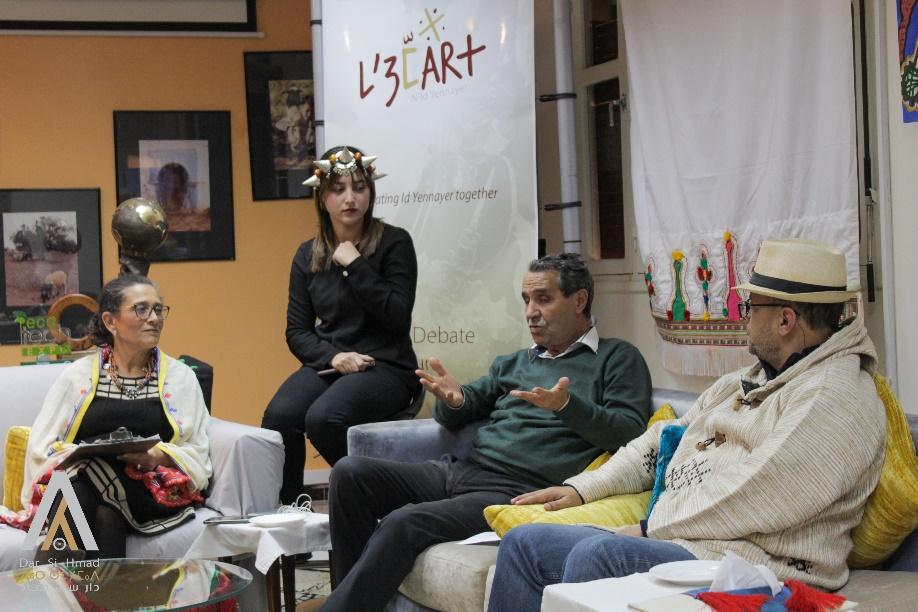 So, let us start with this special event that took place in Dar Si Hmad at the beginning of January. We named it L’3mART, an Amazigh word that signifies “presence, assembly, charisma or company.” A two-day webinar discussing the history and the symbolism of the new Amazigh Year celebration  called Id Yennayer by North Africans. The event included also a culinary component, performance by some artists; everyone enriching this event in a special way.

Watching the recording of these insightful webinars is like a door leading to an inspiring cultural celebration. Click on the following hyperlinks to take you straight to them! 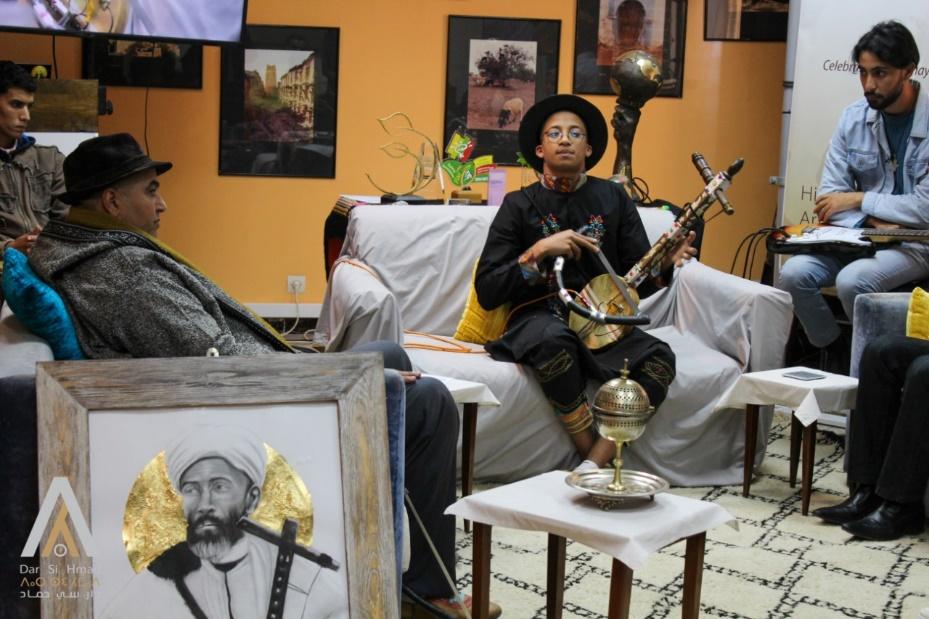 Before the diffusion of L’3mART, Dr. Jamila Bargach, the E.D of Dar Si Hmad, signed a partnership with a third space named Espace Hashtag, to introduce our organization to their followers in a live video on Instagram. Espace Hahstag is an open space that welcomes and encourages young people to meet the space’s mission of  promoting entrepreneurship, engage in social economy, and create networking possibilities for its members -- and of course all of it in a fun and friendly atmosphere.

The live idea was part of the communications plans of Espace Hashtag to have also celebrated L’3mART distantly with us from their center. But that wasn’t the only thing; on its end Dar Si Hmad released 8 videos with powerful Amazigh sayings that prepared the ground for the upcoming webinar’s theme. To watch them, check our Youtube Playlist entitled L’3mART !

Much logistical planning was  going on behind the scenes to make this event successful. 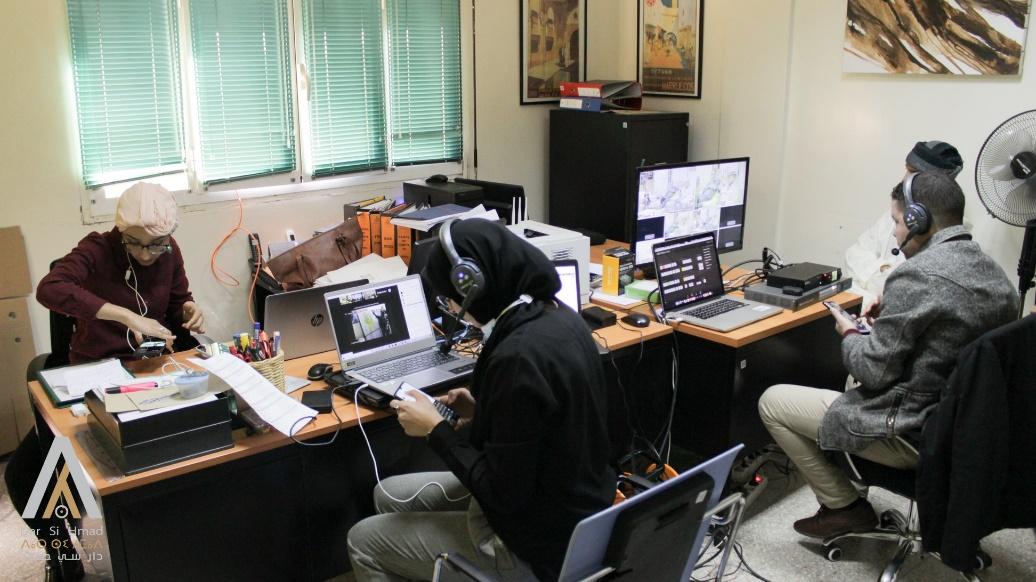 Enough talking now about L’3mART and let us tell you about the other highlights of January 2020 as we got back into the swing of things!

Again, Dar Si Hmad has welcomed a new employee to the organization. Leo, who's very special and resembles none of the staff. It is a German shepherd to be the guardian of our pedagogical farm and all the precious organic goods that grow on it. Unlike its fellow humans, Leo doesn’t need to learn the ropes, he came fully prepared for his new job position. 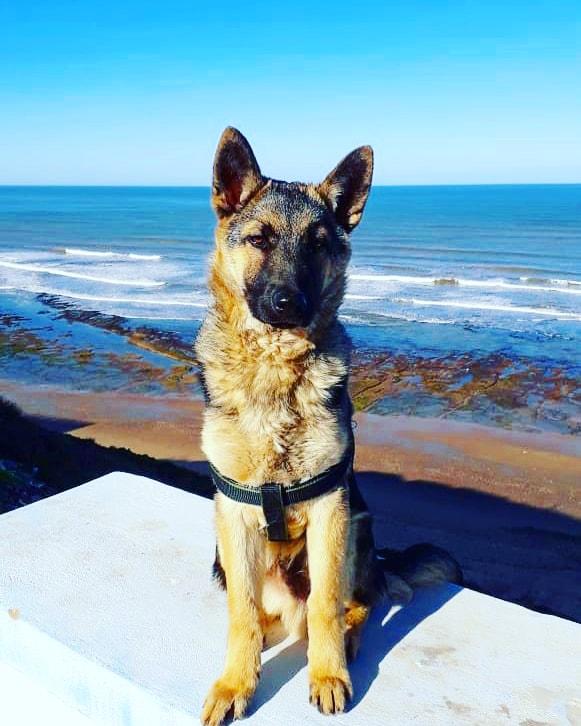 Two students and volunteers also joined Dar Si Hmad this month. Their names are Delana Sobhani and Jack Carew. They are studying Darija, Classical Arabic and Tamazight through our CELAR program, but also delivering English language lessons to our staff. Delana and Jack are offering these volunteering hours during their research period that is part of the US Fulbright program. 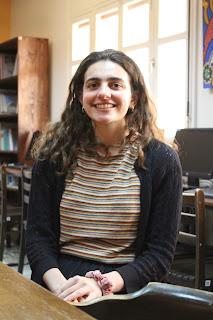 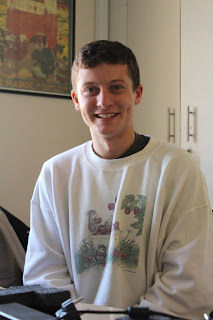 And finally come the in-person meetings with different state institutions to better serve our developmental and educational services, projects and programs. 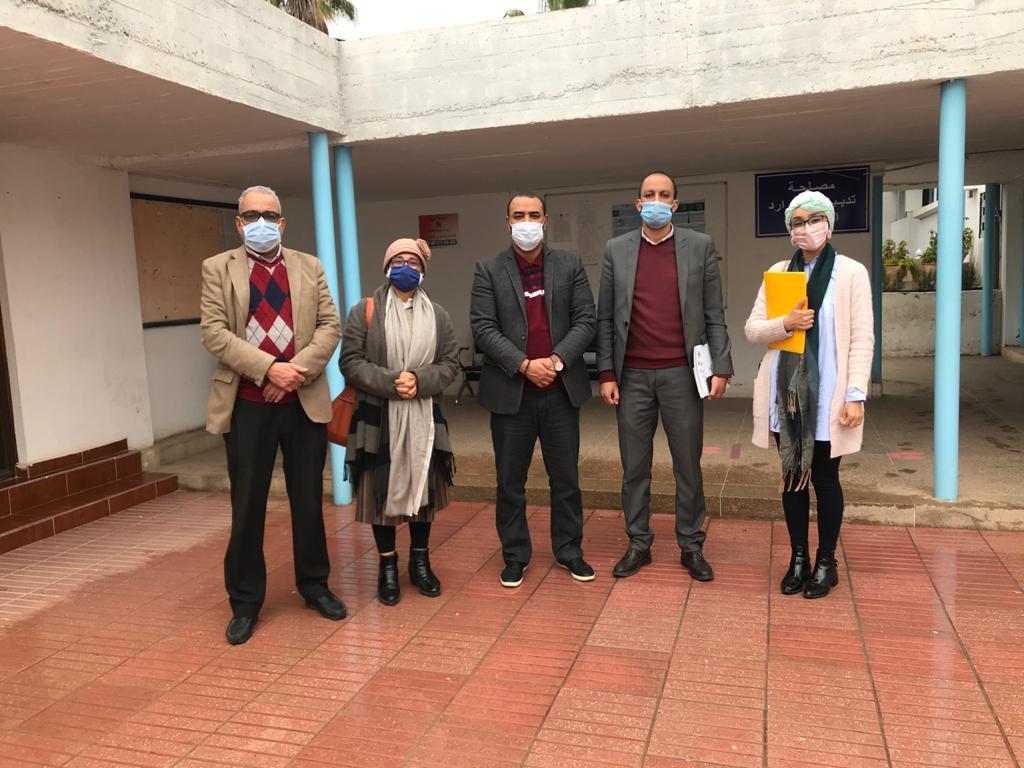 On the 6th of January, a meeting was held at the Regional Directorate of the Ministry of Education of Agadir Ida Outanane Province. Dr. Jamila Bargach and Dar Si Hmad’s office manager Samira Arjdal discussed the terms of the partnership agreement to be held between the two parties in the near future. The core of which is developing educational programs for the benefit of middle school and high school students in the province. 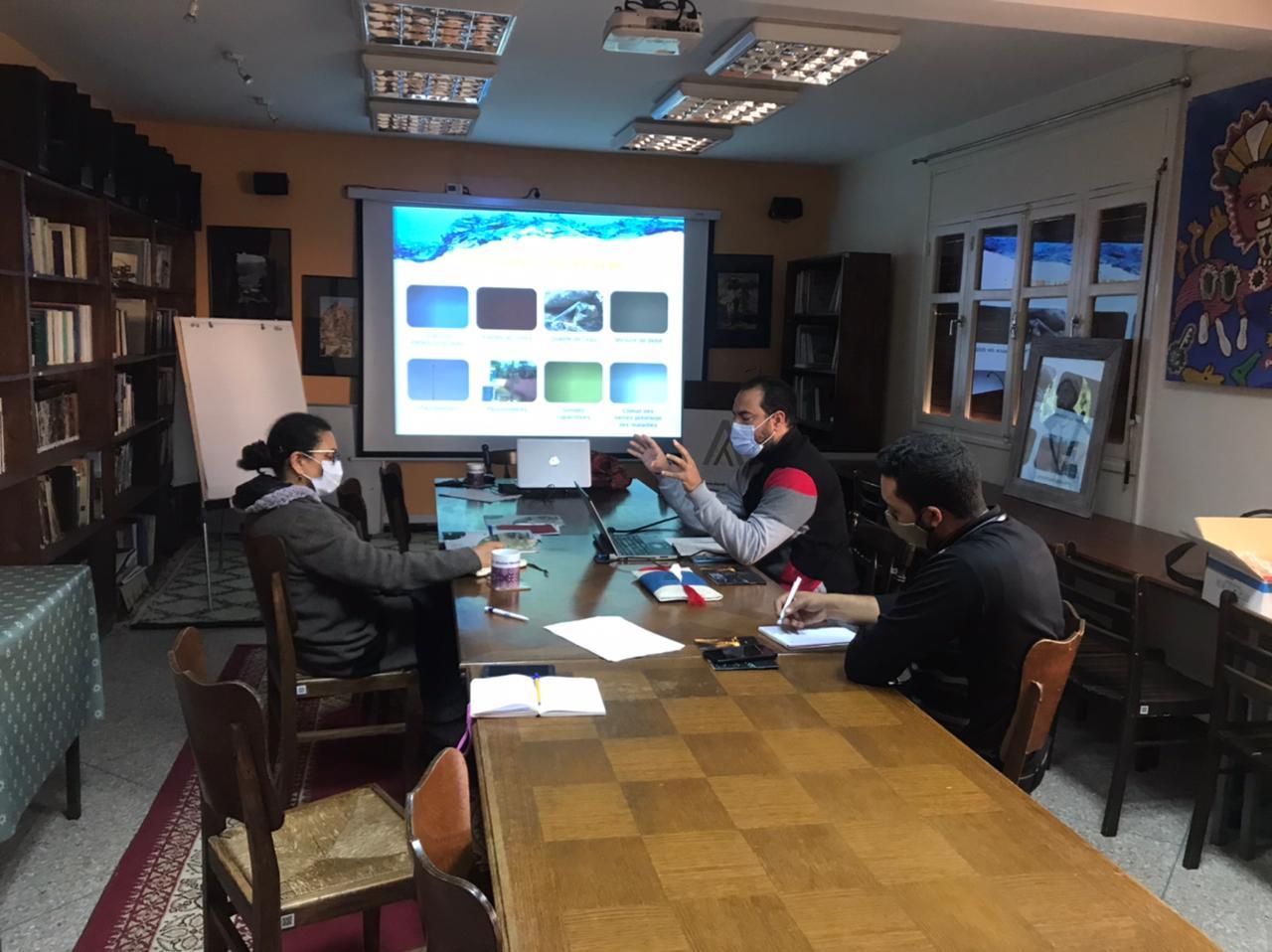 On the 6th of January, a meeting was held at the Regional Directorate of the Ministry of Education of Agadir Ida Outanane Province. Dr. Jamila Bargach and Dar Si Hmad’s office manager Samira Arjdal discussed the terms of the partnership agreement to be held between the two parties in the near future. The core of which is developing educational programs for the benefit of middle school and high school students in the province.

And our all-time projects continue despite all the unusual conditions relating to the pandemic. 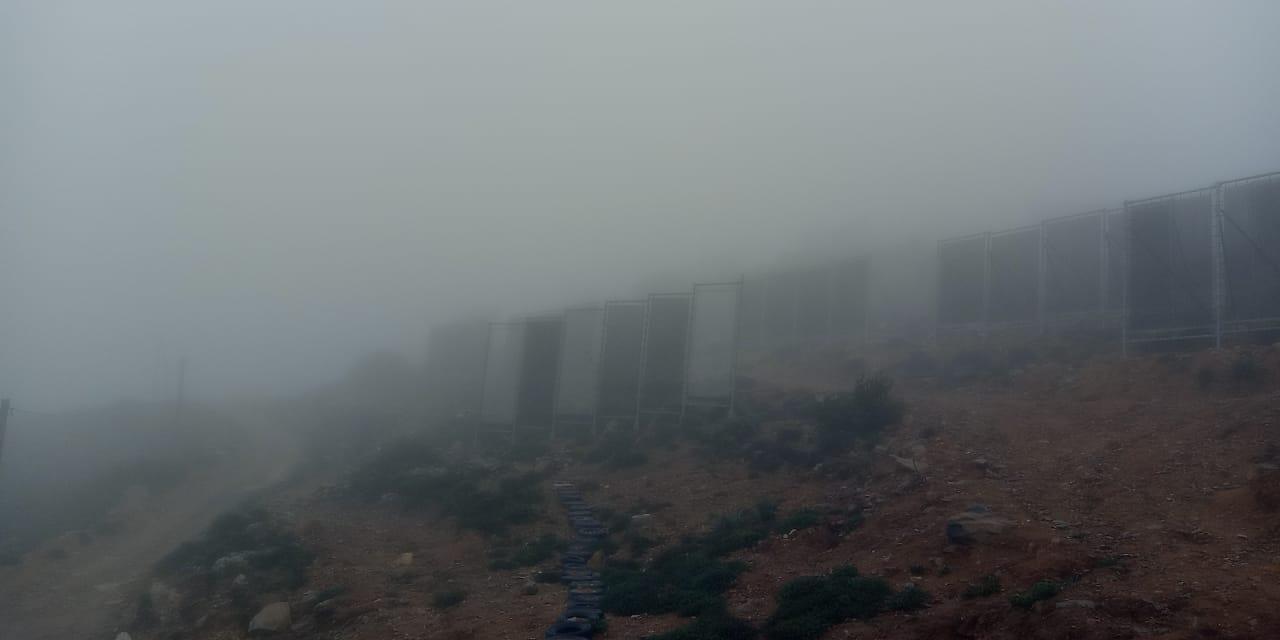 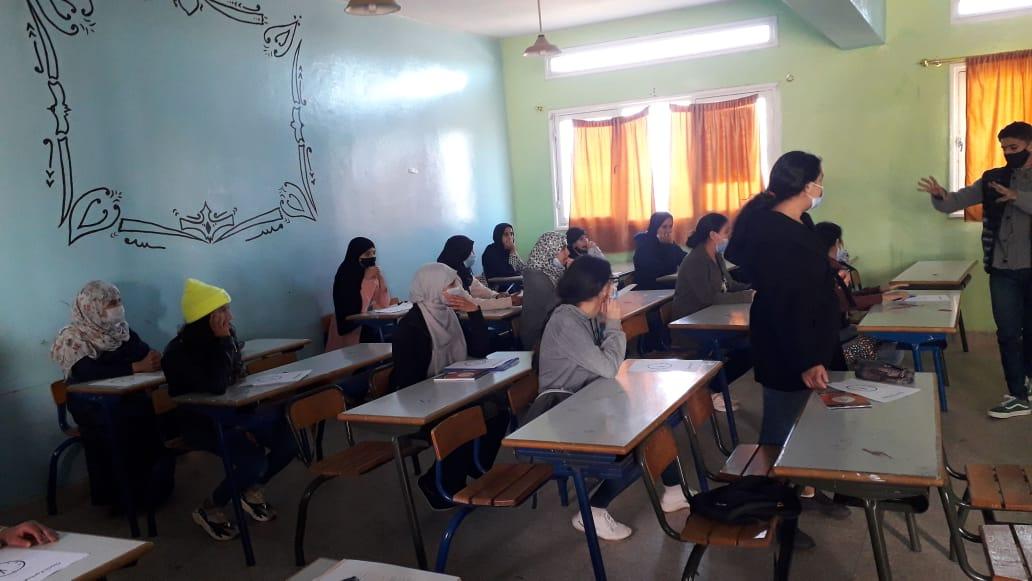