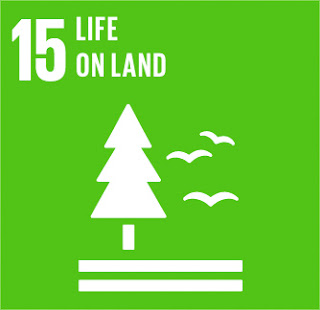 Climate change is having huge impacts not only on ecosystems and economics but also on societies and communities in a broad variety of ways. In the Aït Baamrane region of Southwest Morocco, climate change alters rainfall patterns, influences crop yields, and reshapes ecosystems, especially forests. Forests are particularly important as the United Nations has found that around 1.6 billion people depend on forests for their livelihoods – including some 70 million indigenous people. The impacts of climate change on agriculture, energy supply and water sources directly affect humans’ lives.
The residents of rural Aït Baamrane are struggling to adapt to global warming and climate change. Regional drought levels are rising as temperatures warm, leading to higher chances of experiencing extreme heat and an ecosystem unbalance. This makes it harder for women searching for water, as supply and sources are harder to predict.
The world’s largest environmental “fog harvesting” system run by Dar Si Hmad is based in Aït Baamrane. It was created with the aim of helping communities thrive and provide them with potable water, creating a local solution to climate threats.
Dar Si Hmad doesn’t limit its work to providing people with clean water. Humans, after all, aren’t the only Life on Land! Projects like the Water School and Women’sCapacity-Building in the Anti-Atlas Mountains help people learn about their surrounding ecosystems, other species of fauna and flora, and the role they can play in climate stabilization.
Dar Si Hmad is a poignant example of how local systems can lead a revolution toward climate policy and what kinds of solutions can be delivered to communities. Dar Si Hmad is helping achieve the United Nations Sustainable Development Goals working to transform the world and create a better place by:

The climate is changing. Dar Si Hmad doesn’t wait to adapt, it innovates first. The group’s recent United Nations Momentum for Change Award has recognized the great success of the work being done.
In just a few days, Dar Si Hmad will join forces with other NGOs, activists, journalists, policymakers, and diplomats to fight climate change at COP 22 in Marrakech. We hope you’ll join us, either at our booth in the Green Zone or online. Follow us on Twitter, Instagram, and Facebook to learn more about how we are making a difference and how you can join us to protect life on land for all.
Posted by Dar Si Hmad at 1:47 PM No comments: 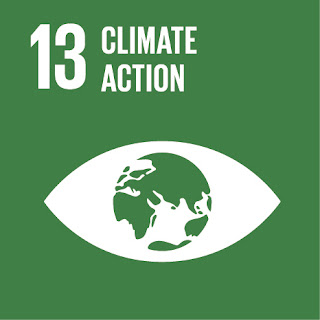 Climate change is now affecting every country on every continent. It is disrupting national economies and affecting lives, costing people, communities and countries dearly today and even more tomorrow.

Climate change refers to the rise in average surface temperatures on Earth. An overwhelming scientific consensus maintains that climate change is due primarily to the human use of fossil fuels, which releases carbon dioxide and other greenhouse gases into the air. The gases trap heat within the atmosphere, which can have a range of effects on ecosystems.

People are experiencing the significant impacts of climate change, which include changing weather patterns, rising sea level, and more extreme weather events. The greenhouse gas emissions from human activities are driving climate change and continue to rise. They are now at their highest levels in history. Without action, the world’s average surface temperature is projected to rise over the 21st century and is likely to surpass 3 degrees Celsius this century, with some areas of the world expected to warm even more. The poorest and most vulnerable people are being affected the most.

Affordable, scalable solutions are now available to enable countries to leapfrog to cleaner, more resilient economies. The pace of change is quickening as more people are turning to renewable energy and a range of other measures that will reduce emissions and increase adaptation efforts.
But climate change is a global challenge that does not respect national borders. Emissions anywhere affect people everywhere. It is an issue that requires solutions that need to be coordinated at the international level and it requires international cooperation to help developing countries move toward a low-carbon economy.
To address climate change, countries adopted the Paris Agreement at the COP21 in Paris on 12 December 2015. In the agreement, all countries agreed to work to limit global temperature rise to well below 2 degrees Celsius, and given the grave risks, to strive for 1.5 degrees Celsius.
As for the 22nd session of the Conference of the Parties (COP22) to the UNFCCC it  is scheduled to take place from 7-18 November 2016 in Marrakech, Morocco. During COP22, parties will, inter alia, begin preparations for entry into force of the Paris Agreement which is essential for the achievement of the Sustainable Development Goals, and provides a roadmap for climate actions that will reduce emissions and build climate resilience.

The thirteenth Sustainable Development Goal aims to "Take urgent action to combat climate change and its impacts" through a list of targets which countries need to take ownership of and define the specific responsibilities and targets befalling them.

Dar Si Hmad understands that the education of the younger generations is one of the main causes of climate change. Hence the idea of the Water School was established, so as to remove this issue from its roots. The Water School uses environmental concerns to engage rural communities in experiential, life-changing learning. Children aged 7-13 in southwest Morocco’s Aït Baamrane region learn about the societal and natural realities of their world, expanding their capacities for and understandings of global change.

The establishment of the Water School came after launching the world’s largest operational Fog-Harvesting system located in Aït Baamrane in Southwest Morocco. The system includes 600 m2 of nets that harvest fresh water from fog, serving more than 400 rural Berber residents, the majority of them women. Rural women in these villages once held the frequently burdensome role of fetching water. Having water piped directly into their homes means that residents no longer need to travel long distances for potable water. By controlling the household water supply and monitoring the fog system, women continue to maintain power as water guardians.

Dar Si Hmad's Fog-Harvesting project is one of 13 winners of the United Nations Momentum for Change award. The project has been awarded the prize under the Women for Results focus area which showcase women-led initiatives that address climate change.

Last but certainly not least, the Environmental Youth Ambassadors (EYA) are an environmental education and advocacy program. The aim of this project is to allow young Moroccans to use visual storytelling and environmental journalism to advocate for environmental issues in southwest Morocco on a local and international scale, which do not receive significant attention or publicity. Particularly as the COP22 conference to be held in Marrakech approaches, this kind of conscientious, locally-driven initiative will be a powerful contribution to the dialogues and pledges surrounding COP22, showcasing the vibrant efforts of youth from all corners of Morocco who are raising awareness about and combating climate change.

Even though It’s hard to believe that the actions of one person can make a difference when a problem is global in scale. But even small acts of empowerment can have big results. And since so many things affect our climate, you might be surprised at all the ways you can make a difference!

You can take action. You can take steps at home, on the road, and in your office to reduce greenhouse gas emissions and the risks associated with climate change. Many of these steps can save you money; some, such as walking or biking to work, can even improve your health! You can also get involved on a local or state level to support energy efficiency, clean energy programs, or other climate programs.


As COP22 draws ever closer, we invite you to join us in Climate Action. Follow Dar Si Hmad on Twitter, Instagram, and Facebook to learn more about how we are working to achieve progress toward the Sustainable Development Goals and support the communities of Aït Baamrane.
Posted by Dar Si Hmad at 10:46 AM No comments: