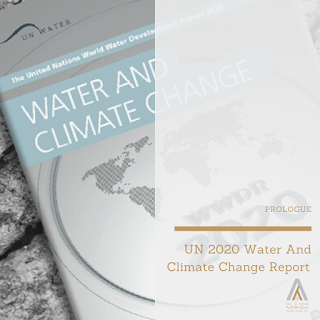 It is paramount for water resource managers to understand the impacts of climate change when managing water, because current trends project major shifts in the climate and more extreme weather in parts of the world soon. Even if greenhouse gas emissions were lowered to be in line with the pledges on nationally determined contributions under the Paris Agreement, scientists agree the average temperature will rise by at least 1.5ºC above pre-industrial levels after 2030.

Because of climate change, temperature is rising, extreme precipitation events will be more intense and frequent, and heatwaves will be more common and last longer around the world. These risks are unevenly distributed geographically and affect vulnerable communities most in all countries. The report also states that climate change affects water resources through “complex spatiotemporal patterns, feedback effects, and interactions between physical and human processes.” Anthropogenic factors including but not limited to land cover change, water regulation, and water contamination also affect the linkages between climate change and water resources. For example, poorly regulated land cover change (i.e. the loss of natural covers such as forests for usually urban development) can contaminate the surrounding water sources. 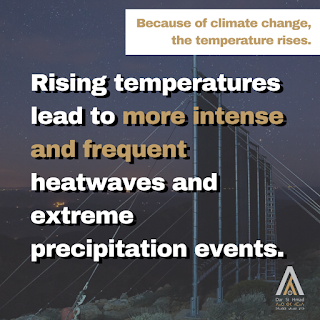 Water-related impacts from climate change are already seen today in a variety of ways. Water availability manifests with evaporation from land increasing air temperatures (except in dry regions where there is a lack of water). A lack of water also lessens soil moisture and groundwater, which can lead to soil moisture drought and spells. Additionally, colder mountainous regions are losing snow and ice cover, making the area warmer and altering streamflow. Those at the foot of the Atlas Mountains in Morocco, for example, use snow melt from the mountains as a source of water. But if there is less snow in a warming climate, there will also be less water.

Water stress and increased water demand are also seen today, with water use growing more than twice the rate of population increase in the last century. Water use has increased by a factor of six in the past 100 years around the world, although this statistic does not break down water consumption based on a region’s economic status. Urban areas are most vulnerable, because of population density and increasing urbanization. The report estimates that by 2050, 685 million people living in 570+ cities will lose 10% of their freshwater due to climate change. Many are concerned that decreased water supply may spur migration, spark conflict, and cause countries’ gross domestic products to decrease by 6% in some regions.

Additionally, water-related disasters and extreme events like floods and droughts are expected to increase in frequency and intensity. Global floods and rainfalls have been particularly catastrophic, with extreme rainfall events increasing by more than 50% this past decade. The report states that in the 21st century, floods and droughts have caused more than 166,000 deaths, affected 3 billion people, and caused US$700 billion in economic damage. The report also points out that poorer communities in all countries – regardless of the country’s economic status – are more likely to bear the brunt of this displacement and injury. 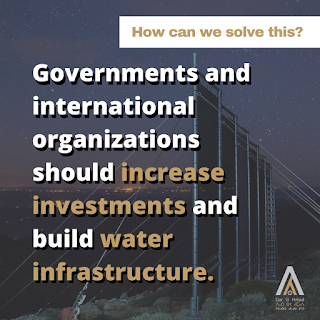 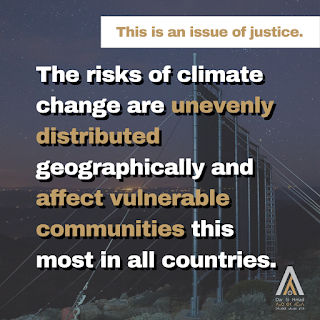 Several areas are particularly risk-sensitive. The report identifies small island developing countries (SIDs), semi-arid regions, coastal hinterlands, and mountainous areas as areas of concern. SIDs are environmentally and socio-economically vulnerable to disasters and climate change, with little supply and increasing demand due to tourism. Semi-arid regions like northern Africa are already seeing decreased precipitation in already dry areas. Mountainous areas that formerly had glaciers and snowcaps are melting, which changes the ecosystem and hydrological processes in the area.


All of this said, there are some limitations and challenges to understanding the effects climate change will have on water. The greatest limitation is the uncertainty of projections about climate change and its interactions with the atmosphere, land and oceans, and water resources.