It's World Wildlife Day! Hear about Morocco's wonderful biodiversity and how Dar Si Hmad is working to protect it from Fulbright English Teaching Assistant Arielle Moss.

The geographical and ecological diversity of Morocco supports the plethora of different mammals, reptiles, amphibians, insects, and most notably, birds that inhabit its forests, mountains, waters, and desert.  With 460 species of birds, Morocco boasts having the most diverse birdlife north of the Sahara.

The cliffs and dunes of Morocco’s coastline stretch along the Atlantic Ocean and the Mediterranean Sea, housing rich avian life and a multitude of aquatic species.  Bottle-nosed dolphins and porpoises frolic off the coast of Tangier, and sightings of one of the world’s rarest seabirds, white-eyed gulls, soaring above the shores are common.  Despite the extreme heat of the Sahara, a wide variety of species, such as addax, camels, golden jackals, and lizards, have adapted to its harsh climate.

Among the animals that call the Sahara home are the Fennec fox and the Dorcas gazelle, the smallest fox and gazelle in the world, respectively.  The famed Barbary macaques can be found hanging from cedar and oak trees in the Middle Atlas mountains, and if one is lucky, the elusive Barbary leopard can be spotted slinking silently through the dense forests of the Rif mountains in the north. 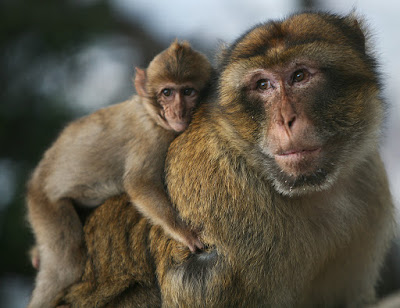 Morocco’s dynamic wildlife, however, hangs precariously in the balance.  Pollution of water sources, deforestation for agricultural use, overgrazing by livestock, and excessive hunting are among the many problems threatening the fauna of Morocco.  The Barbary hyena, the Barbary leopard, and the Mediterranean Monk Seal are among some of the 18 endangered mammal species hovering on the brink of extinction.  Due to illegal pet trade, habitat loss, and tourism, the Barbary macaque has just recently been declared an endangered species with as few as 6,000 left in the wild.  Land cultivation and marshland drainage has led to the drastic decline of the Crested Coot and the Purple Heron, two of the eleven bird species also in danger of becoming extinct in Morocco. 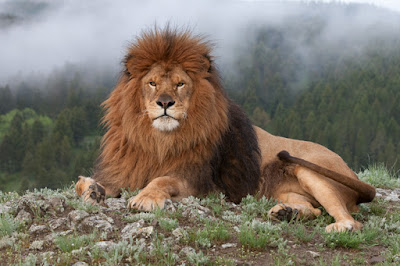 For the Atlas lion and the scimitar-horned oryx, endangerment has already progressed to extinction in Morocco’s wild.  The Atlas lion, also known as the Barbary lion, once roamed the swath of land stretching across the Maghreb to the Mediterranean until the 18th century.  Extensive hunting in the 19th century, however, drastically reduced these populations and confined the Atlas lion to Morocco. The last reported sighting of the Atlas lion in the wild was in 1922, when the last one was allegedly shot.  There are only 90 Atlas lions left in the world, 35 of which are kept the Rabat Zoo.  Despite its status as “extinct in the wild,” the Atlas lion remains a source of pride for Morocco and is considered its national animal.  Morocco’s coat of arms showcases two Atlas lions supporting a shield of the green star juxtaposed against the Atlas Mountains and a rising sun.  This fierce feline is also the namesake of Morocco’s beloved football team, the Atlas Lions.

The scimitar-horned oryx used to be one of the most common animals in North Africa, but climate change and desertification of the Sahara Desert pushed it into isolation.  Coupled with rampant hunting for its meat, robust hide, and magnificent horns, the oryx became extinct in the wild just before the 21st century.  However, Morocco has been successfully breeding the scimitar-horned oryx in captivity for years, and they have been reintroduced in the wild just recently.

To protect these species prone to becoming endangered or extinct in the wild, biological reserves and national parks have been leading Morocco’s wildlife conservation efforts. The Souss Massa National Park in southwest Morocco, for example, is a popular haunt for an estimated 200 different species of birds.  The Park boasts one of the last and largest wild breeding colonies of the critically endangered Northern Bald Ibis.  In addition to a vigorous avian community, the Souss Massa National Park also possesses a wide selection of reptiles and mammalia because its unique geographical location combines elements of a tropical and Saharan climate.

On a global scale, U.N. World Wildlife Day on March 3 celebrates and raises awareness of wildlife and plants around the world.  This year’s theme, “The future of wildlife is in our hands,” focuses specifically on the threats to African and Asian elephants, but each country is encouraged to spotlight its own native species and empower its individuals to play an active role in protecting the wildlife of their communities within the context of this global theme.  By reinforcing the intimate relationship between wildlife, humans, and sustainability, World Wildlife Day is an opportunity to impart the pressing need for each generation to protect wildlife for generations to come. 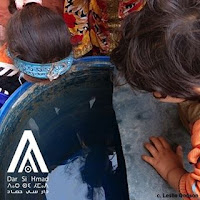 Dar Si Hmad will be celebrating World Wildlife Day with the children in the Water School, an environmental education program for children ages 7-14 in the Ait Baamrane region of southwest Morocco.  The rural villages of Ait Baamrane just 30 kilometers southeast of Sidi Ifni are poised at the intersections of the Sahara, the Atlas Mountains, and the Atlantic Ocean.  Because of its distinctive geography, Ait Baamrane is characterized by limited economic opportunities, poor educational infrastructure, encroaching desertification, and increasing drought cycles.  To combat these challenges, the Water School leverages the local environment as a learning tool to engage students with hands-on activities to encourage sustainable management of natural resources and ensure the region’s socio-ecological vitality.

The Water School’s second session on “Animal Biology” will be held on March 4-5.  In honor of World Wildlife Day, students will play games, make animal masks, write postcards about endangered species, and use theatre to better understand the fauna in their communities and around Morocco. By learning how animals in Morocco adapt to their environment, identifying factors that could lead to their endangerment, and developing positive attitudes towards animals, students will understand that the fate of wildlife is in their hands.  Stay tuned for pictures and a play-by-play of our World Wildlife Day festivities next week!

Check out these websites for more information on Morocco’s breathtaking wildlife!
Posted by Dar Si Hmad at 3:28 PM