A Glance into the Water School: World Wildlife Day in the Bled

Last week, Dar Si Hmad celebrated World Wildlife Day at our Water School. In two remote classrooms in the Aït Baamrane region on March 4 and 5, rural schoolchildren engaged with lessons on animal biology. Packed into their small one-room schools, beaming and full of excitement, students gathered to learn about the wildlife of Morocco, the incredible biodiversity of our world, and the challenges the future poses. 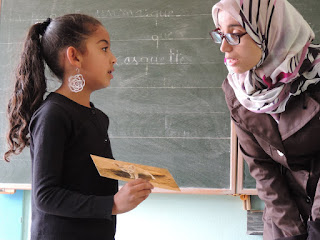 Full from a home cooked meal and tired from preliminary games on the red dirt field outside the schoolhouse, the children now sat at their desks eyes full of anticipation. Calling up several students to hold four landscape pictures, Fatiha – our incredibly gifted instructor – showed the class the four distinct habitats for animals in Morocco. The whole class then matched, one by one, an animal with a region.

"And the camel lives in the pine forest with the monkey, yak (right)?"

Giggles and shouts of "Ohoy (no), he lives in the Sahara!"

All together they pointed and grinned as each new animal was matched. 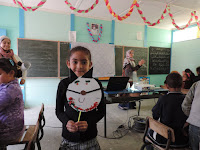 The sun now slowly tucking behind the red foothills enveloping the small rural community, a video of animal sounds from around the world played in the classroom. Feigned shrieks at the growl of a panther, bursting laughter at the barks of a hyena, awed silence amid the regal trumpeting of an elephant. The students listened in wonder as the presentation shifted to the biology of each animal, touching in detail not only the physical makeup of wildlife, but also the biological circles they live in. Students were taught about the intricate systems of the animal world, from the relationship between predator and prey to the life cycles of the animals themselves. Throughout, the children were reminded of the delicate balance in which wildlife exists, that all it takes is a small change to offset everything. 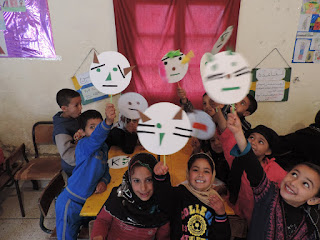 The 2016 theme of World Wildlife Day was “The future of wildlife is in our hands”, touching on not only the link between human life and animal life but also the generational impact of conservation. This cry isn’t just focused on creating real change now, but in starting long-term initiatives to protect the beautiful biodiversity of our planet. This starts with children. Especially in regions like Ait Baamrane, one of the most beautiful and ecologically fragile places in the world due to desertification and salination, future generations must understand the challenges that they will face.


The last few slides in the Water School showed images of oil spills, sickening displays of overfishing, and meaningless poaching for the tusks of a gentle elephant. What stood out the most in these students was not their outrage or shock – both of which were present and justified – but rather their passion to make a change. With every new image was a new response, a new discussion, and all this from primary-aged schoolchildren. Standing outside that stark white building, red hills of dusty green argan trees and songs of soaring birds spreading out in every direction, the children held their earlier crafted animal masks and signs that read “Happy World Wildlife Day”. Grinning and giggling, they are the reminder of not only why we celebrate this day, but of why it is so important. The future of wildlife is in our hands and in the hands of our children. 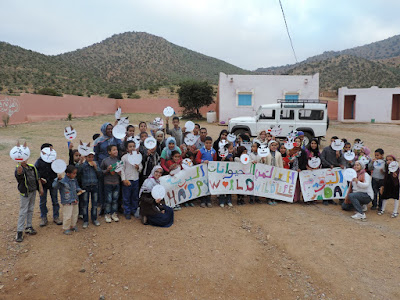 This piece was written by Dar Si Hmad Intern Jason Bono, a student at Seattle University. For more about Jason's experiences in Morocco, check out his "Day in the Life" post.
Posted by Dar Si Hmad at 9:28 AM