Dar Si Hmad hosted 14 students and 3 staff/faculty members visiting from Rollins college located in Orlando, Florida (www.rollins.edu), from May 16th until May 22nd, as a part of their field study regarding globalization in Morocco.
The students’ first visit to Morocco started in Agadir (a dynamic coastal city located in south-west Morocco), Where the students spent two days and had the opportunity to explore its beautiful beach and enjoy a wider view of the recently built city from the top of the “Agadir Oufella” mountain.


Agadir recovered from a devastating earthquake in 1960 that destroyed most of the city. Therefore, Agadir is nowadays considered one of Morocco’s modern cities, where both traditional and modern lifestyles meet. 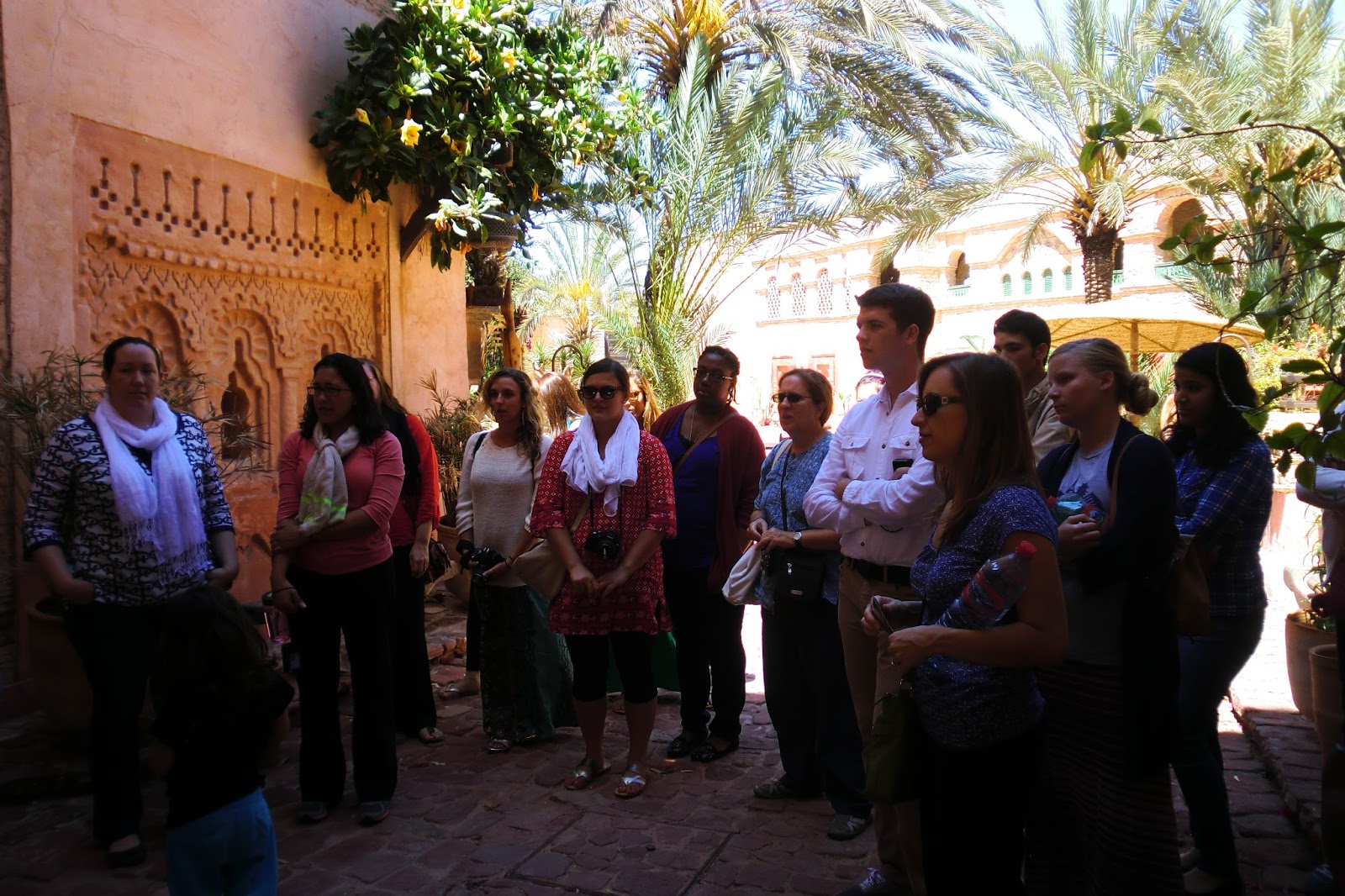 A visit to the earthquake memorial museum was also scheduled to further acquaint the students with Agadir prior to the tragic incident, so that they can explore how the city embraced a path of modernity throughout the last five decades, while experiencing the globalization impacts on the major different aspects emblemizing the city (architecture, clothing, tourism and fishing Industries...).
On their last day in Agadir, the guests attended an “Ahwash” performance (Exclusive Berber village music and dance), in which they discovered the folkloric style of music associated with typical dance moves, that has remained unchanged for centuries.
The second stop was in Tiznit (a city in south-west Morocco), which is widely known for its rich berber history and silver production. The students visited a famous silver shopping center where they discovered both traditional and contemporary silver jewelry.
The third and final stop was in Sidi Ifni (a small coastal city in south-west Morocco), where the students learned more about the region’s culture and history, through a historical tour and Q&A sessions, that were animated by Dr. Jamila Bargach, who worked on the region of Sidi Ifni for many years. Jamila talked about Sidi Ifni during its pre and post-colonial era, showing the students the city’s historical hotspots and talking about its cé"urrent situation. 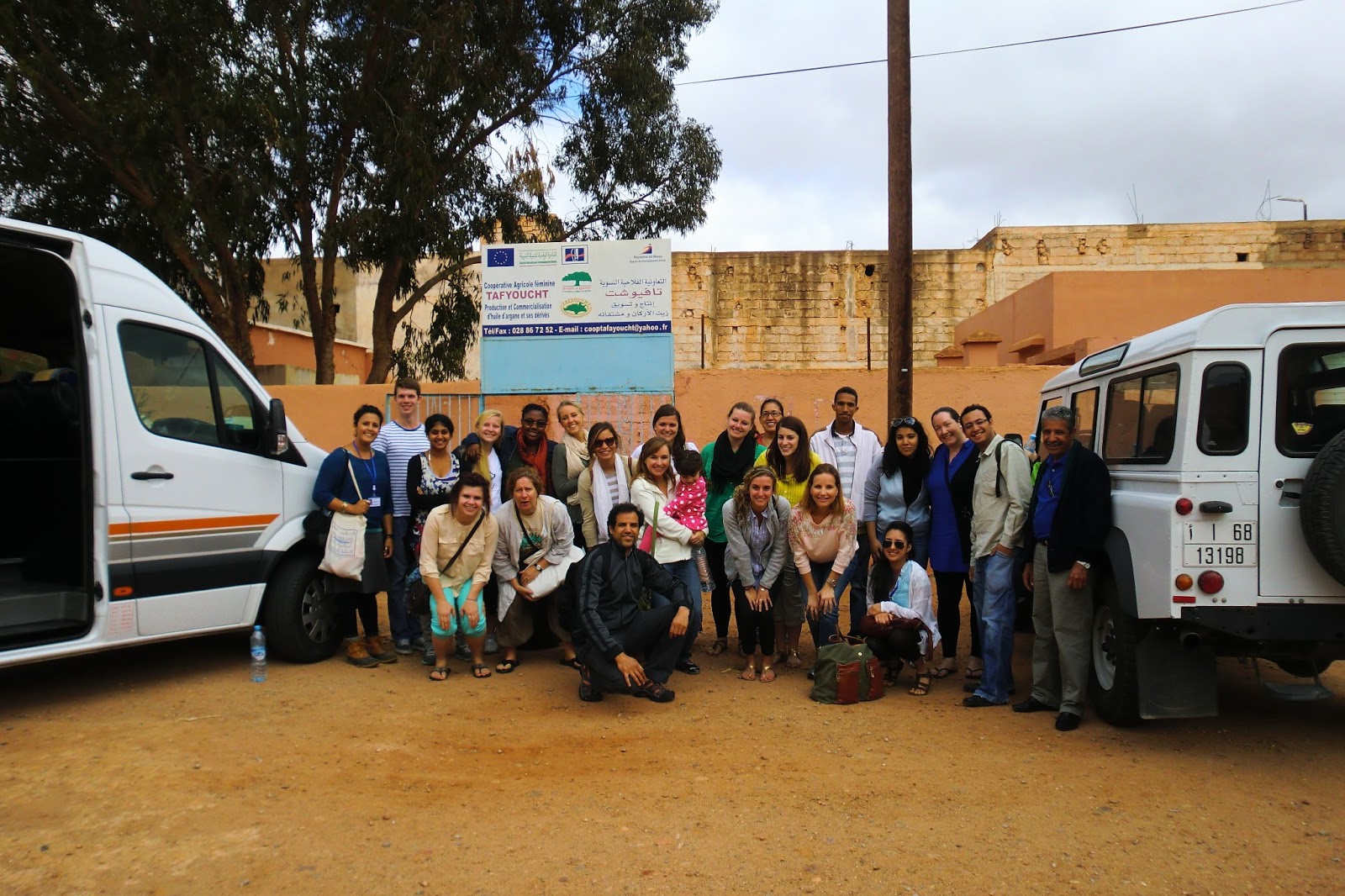 The second day in Sifi Ifni was marked by a scavenger hunt at the local weekly “Suk” (flea market), during which students had to find pieces of clothes (traditional and contemporary) that were with some unknown vendors. this activity allowed the students to socialize with locals and learn more about the Moroccan traditional and modern clothing behaviour after dressing up mannequins.
On the third day in Sidi Ifni the students visited an all-women Argan cooperative in the neighboring town of Mesti, to learn about the Argan oil making process, and about the women’s intensive manual labor that helps them generate income and be more independent. The students also had lunch at a girl’s boarding school on the same day, during which they exchanged conversations and danced before the girls headed back to school.
During the last day of the program, the students visited the countryside which is known for its calm and friendly nature, along with its hospitable and generous people. They had a traditional breakfast in a local village, then explored parts of the Dar Si Hmad’s fog collection project, which aims at providing the local villages and schools with drinking water since they spend an average of 3.5 hours per person per day for fetching water. 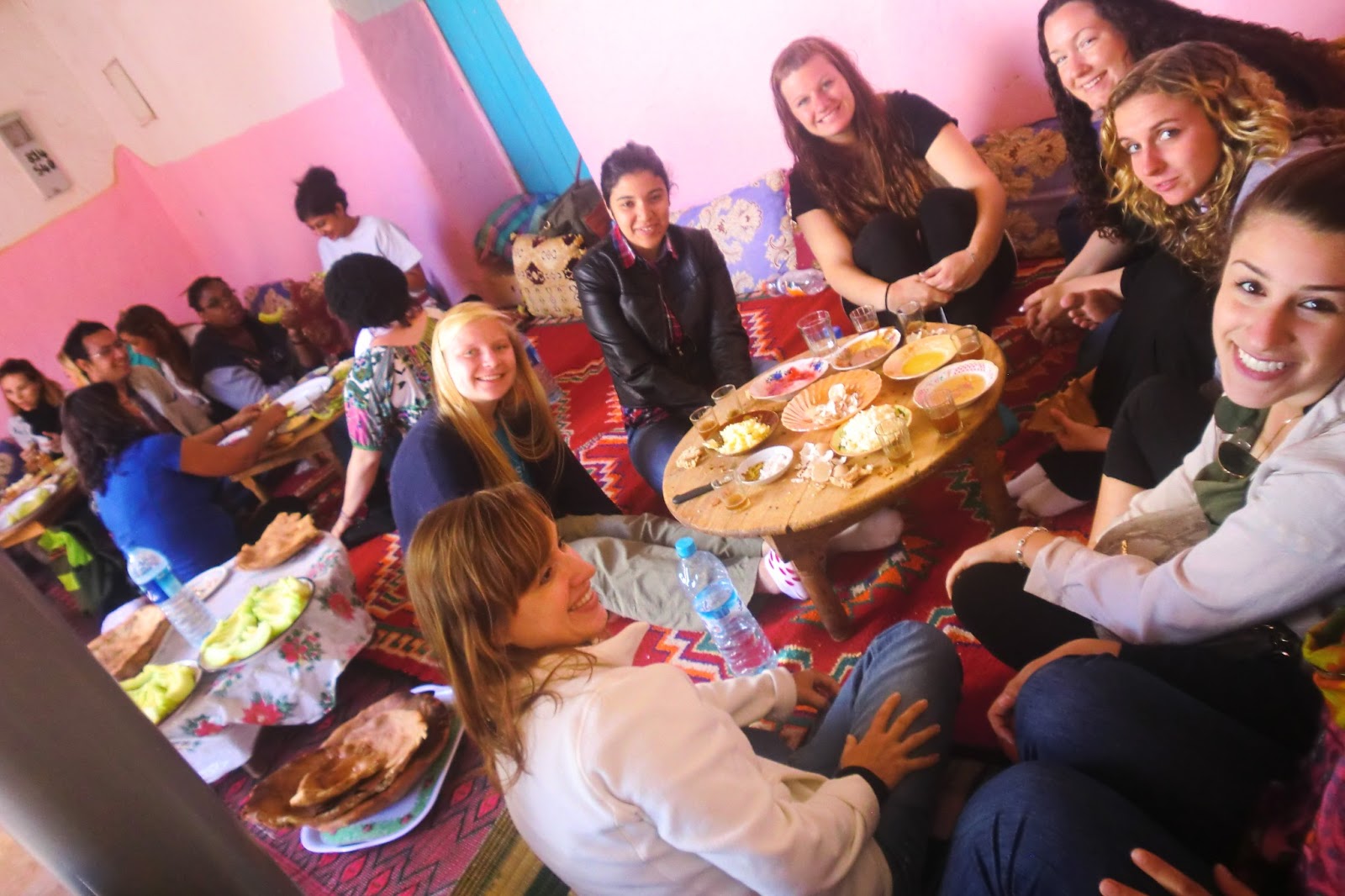 In the afternoon, the students danced through Sahrawi music vibes, and discovered the traditional folkloric style “guedra”, representing the southern region of Morocco.
Thanks to this intercultural and boundary-breaking initiative, the students discovered a different culture and made new acquaintances in the North-African kingdom.