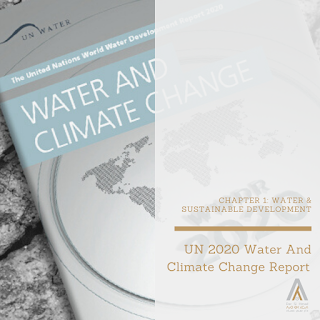 The first chapter of the UN 2020 Water and Climate Change report highlights how climate change affects water and society, what can be done to adapt and mitigate these effects, and who is most vulnerable. If the world does not limit warming to 1.5ºC, there will be increased risk to health, livelihoods, food and energy security, human security, and economic growth. While it is known that access to water will ensure survival, the report also stresses that water – especially water-related diseases – affects a significant number of the UN’s Sustainable Development Goals.

One of the most important ways this can be done is by changing how the energy and agriculture sectors work. At the moment, both sectors are starting to shift to low-emissions production, because this mitigates the depletion of freshwater and prevents water pollution. Shifting to a low-emission production system, however, is not enough, because it may lead to increased sediment output, pollutant loadings from heavy rainfall, and other potentially negative effects. Instead, the UN report suggests all stakeholders come together to find “a sustainable balance between social, economic, and ecological needs.”
Before moving on, it is worth breaking down what adaptation and mitigation actually mean. Adaptation  measures moderate the harm from climate change, such as building climate-resilient infrastructure that can withstand environmental degradation, or finding new sources of water like with Dar Si Hmad’s fog harvesting project. The success of adaptation measures are seen in the short-term, which can mean as soon as in 3-5 years or even 10-30 years. Mitigation measures are more concerned with the long-term goals that get at the heart of what causes climate change. Phasing out of a fossil-fuel dependent economy, for example, is one mitigation measure because it would reduce the number of greenhouse gases emitted.
The UN report advocates for nature-based solutions, which are solutions modeled by the earth’s natural processes. Concerning water, many suggest preserving wetlands as flood mitigation, or preserving mangroves to reduce the impact of waves, storms surges, and coastal erosion.

Both adaptation and mitigation measures are necessary to limit the harmful effects climate change will have on water. Adaptation and mitigation in water management is of particular concern to sustainable development and its many dimensions, which makes water management a cross-sectoral challenge. Agriculture and energy are the largest users of water, followed by the industry sector with its rapidly increasing demand for water. The water-related climate risks will impact food, energy, urban, transportation and environmental systems with mutual and conflicting influences. So not only will each sector need to prepare for, but all sectors must work together.

Another main focus of this chapter is who are most vulnerable to the negative water-related effects from climate change. The chapter focuses on developing countries, as well as women and girls, Indigenous populations, children, and the poor. 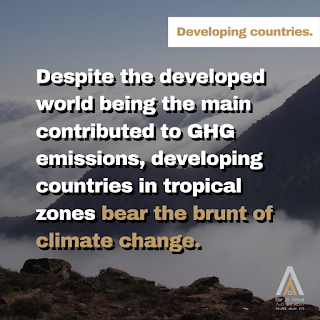 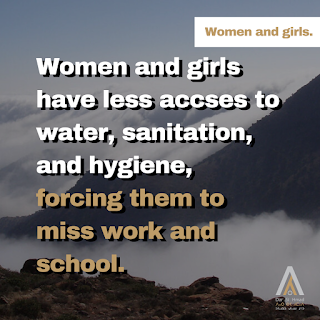 Women and girls are another vulnerable population that Dar Si Hmad works with. Women and girls are more at risk of losing their access to water, sanitation, and hygiene, which increases the risk of contracting water-borne diseases such as diarrhea. If sick, girls will have to skip school and my not be able to afford health care. By providing clean water to the rural communities of southwestern Morocco, Dar Si Hmad gives women and girls the time to go to work or school, thus empowering women. On a larger scale, however, there needs to be a continued gendered approach to climate change. The report suggests disaggregating data on climate change in order to understand how climate change impacts men and women and make gender-sensitive policies. 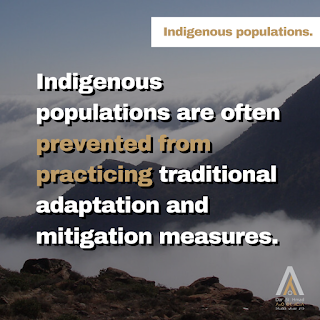 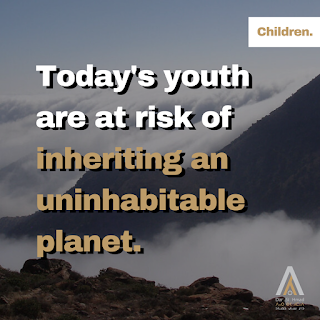 By being born into an era of incredible climate change, today’s kids and youth are also at risk of having unlivable futures. Despite these challenges, kids and youth can work together and influence and participate in efforts that teach, prevent and prepare for climate change. The Paris Agreement refers to this as intergenerational equity. 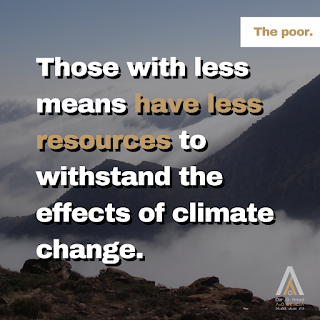 Finally, the poor in both developed and developing countries are more at risk, especially those with climate-dependent livelihoods. Since economic prosperity is closely tied with poverty alleviation, both must be addressed when managing water. That said, poverty alleviation is dependent on economic prosperity. Climate change affects economic prosperity by increased rainfall and episodes of drought and floods, which can lead to waves of migration or spikes in violence. According to the report, there were 18.8 million people internally displaced from disasters in 135 countries and territories in the year 2017 alone. It is, however, challenging to attribute a specific cause to these social changes in such a globalized world.

All of these vulnerabilities form the concept of climate justice, which stresses that climate change is “an ethical and political issue, as well as an environmental and physical one.” Proponents of climate justice focus on the inequalities that exist within the world and how we got here.