Water RISEs: Without Water There Would Be No Life

This week we are showcasing the work of Agadir's young people reflecting on the importance of water. Our RISE participants responded to our call for World Water Day with original drawing, photography, poetry, and research. Today, Youssef Oumamou shares with us some water facts and reminds us of its incredible importance.


Without Water There Would Be No Life 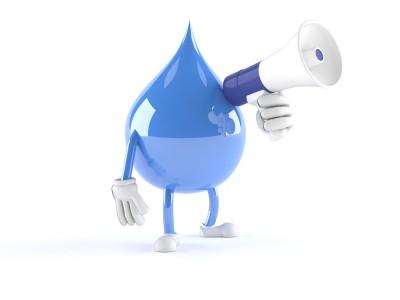 ALLAH says in the Holy Quran, surat al isra ''... and we made from water every living thing ''. This verse is enough for us to demonstrate the importance of water in our lives, and we are not exaggerating if we say that Allah made of water trove password for every living thing on this planet, and without water there would be no life any more.

Scientifically speaking, Water is a chemical compound of two atoms of Alheirugen and one atom of oxygen. Universal researches pointed out that Water is the most abundant compound on Earth's surface, covering almost 70 percent of the planet. In nature, water exists in liquid, solid, and gaseous states. what is more, is that Water makes up 50% to 80% of the human body.

According to H.H. Mitchell, Journal of Biological Chemistry 158, the brain and heart are composed of 73% water, and the lungs are about 83% water. The skin contains 64% water, muscles and kidneys are 79%, and even the bones are watery: 31%.

What is interesting is that million people lack access to an improved water source. In just one day, million of women collecting water for their families , which is most of the time is such an Unsafe water. Because of its unsafety , 200 children every hour are killed . Researches have shown that 80% of all illness in the developing world is water related. In some countries, less than half of the population has access to clean water. What is even worse , is that sometimes and in some places the unsafe water is not longer the problem .The real problem is the luck of water resources, some people spend hours collecting water for the sake of surviving especially in Africa . This is derived from the fact that a person can live about a month without food, but only about a week without water.

Many projects have been established and created to solve the problems of water be it water scarcity or water unsafety. One of them is Dar Si Hmad-Fog project . Dar Si Hmad has built the world’s largest fog-collection and distribution system to serve rural on Mountains in Southwest Morocco. Darsihamd tend to do this for the sake of solving many problems that are faced by people in rural areas including but not limited to Scarce water, compromised wells and climate change-induced droughts. In darsihmad water project , the best-known and modern techniques are used in collecting clean water . The collection is a system to collect fog in a non-invasive,which is , in fact , an ecologically friendly way in regions where fog abounds.

To sum up, as the Lloyd Axworthy, Foreign Minister of Canada, said ''Water has become a highly precious resource. There are some places where a barrel of water costs more than a barrel of oil". This is said to show the significant role of water in our daily life as well as the importance of the rational measure toward it. 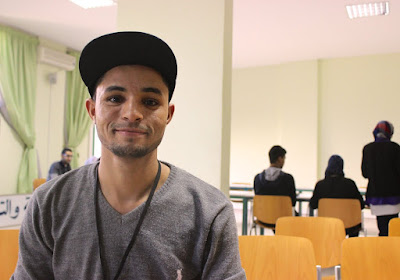 Youssef Ouamamou is a 22-year-old from Ouarzazate in southwest Morocco. Youssef is studying English at Ibn Zohr University, where he is particularly interested in linguistics and journalism. His bi-cultural background and focus on community collaboration has led him to a number of volunteer opportunities and community leadership roles. Since 2011, Youssef has been doing volunteer work and activities, and he enjoys working with children in many associations and youth homes. He believes that if we want to make a change, then we have to teach and guide our kids. By doing this, a new, well-mannered and well-educated generation will be born. In November 2015, Youssef was selected to participate in US-MEPI RISE program, a one-year program of building personal and professional capacities, organized by Dar Si Hmad. He participated because he wants to rise to the challenge of improving himself and to prepare for the real world after university. Youssef is also a member of Dar Si Hmad’s Journalism Club, where he and his friends express their ideas in the form of photos, art, poetry, and written pieces. Besides studying, Youssef enjoys playing football and basketball along with doing volunteer work for the sake of helping, improving, and developing his community.


Author's Reflection on Art and Journalism

Artwork is something that is created with imagination and skill and that is beautiful or that expresses important ideas or feelings. That is to say, all works that are created by artists - paintings, sculptures, etc. - are created to be beautiful or to represent certain thoughts or emotions. For me, art is the best valuable, sophisticated, and elegant way of expressing one's feeling and ideas. I chose writing as one of the forms of expression because I agree, as most people do, that writing is a medium of human communication that represents language and emotion through the inscription or recording of signs and symbols. In fact, artwork in general, and writing in particular, is about trying to find information. Also, one's writing voice is the deepest possible reflection of who he or she really is. In our Journalism Club, a real space is provided to create, draw, and express the world around us and to taste life twice, in the moment and in retrospect. All in all, without writing there would be no future for our kids, and without writing there would be no change, no development, and no well-educated generation.