Dar Si Hmad hosted three filmmakers from Morocco and Egypt in the months of March and April to present their documentary films and conduct filmmaking workshops for local students in Agadir.

In March, Dar Si Hmad invited Moroccan filmmaker Karima Zoubir to screen her documentary film Camera/Woman. The film highlights the life of an ordinary woman, burdened by various constraints due to her gender and marital status. The woman, Khadija, is a divorcee and gains an income by working as a camera-woman at weddings in Casablanca. Khadija is subject to gossip and rumors and her family disagrees with her choice of work. This documentary portrays this deep and conflicting tension in her life. 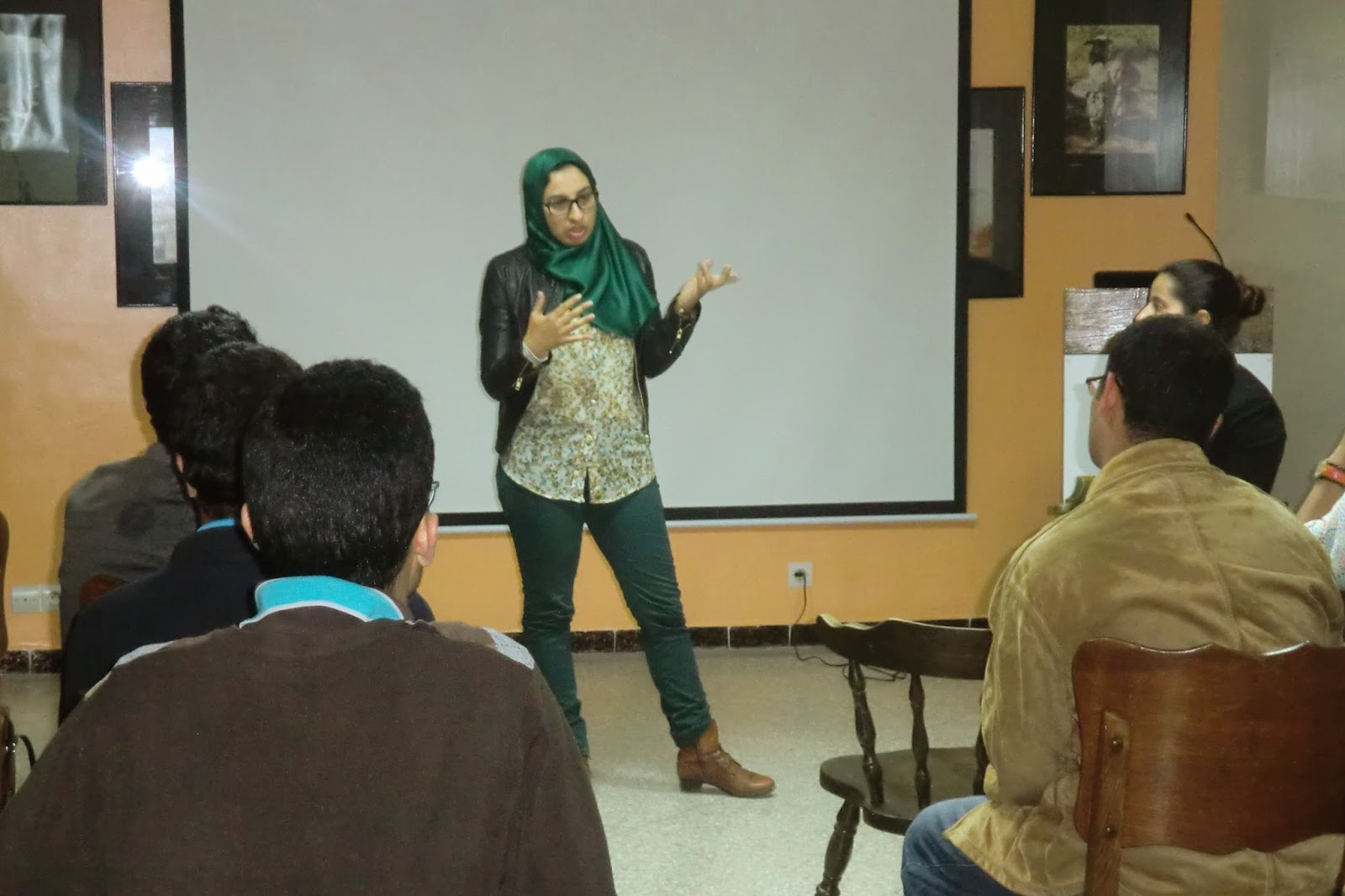 Following the screening, the audience engaged with Ms. Zoubir in a conversation about gender roles and inequalities in Morocco, the family code and the constraints that the filmmaker faced while making this film.
The the following two days Dar Si Hmad organized a documentary film workshop facilitated by Ms. Zoubir. The workshop focused on three main areas: writing a documentary film proposal, financial planning, and film distribution and promotion.

Click below for a summary of the workshop if you are interested in learning more:
How to Finance Your Documentary Film w/ Ms. Karima Zoubir 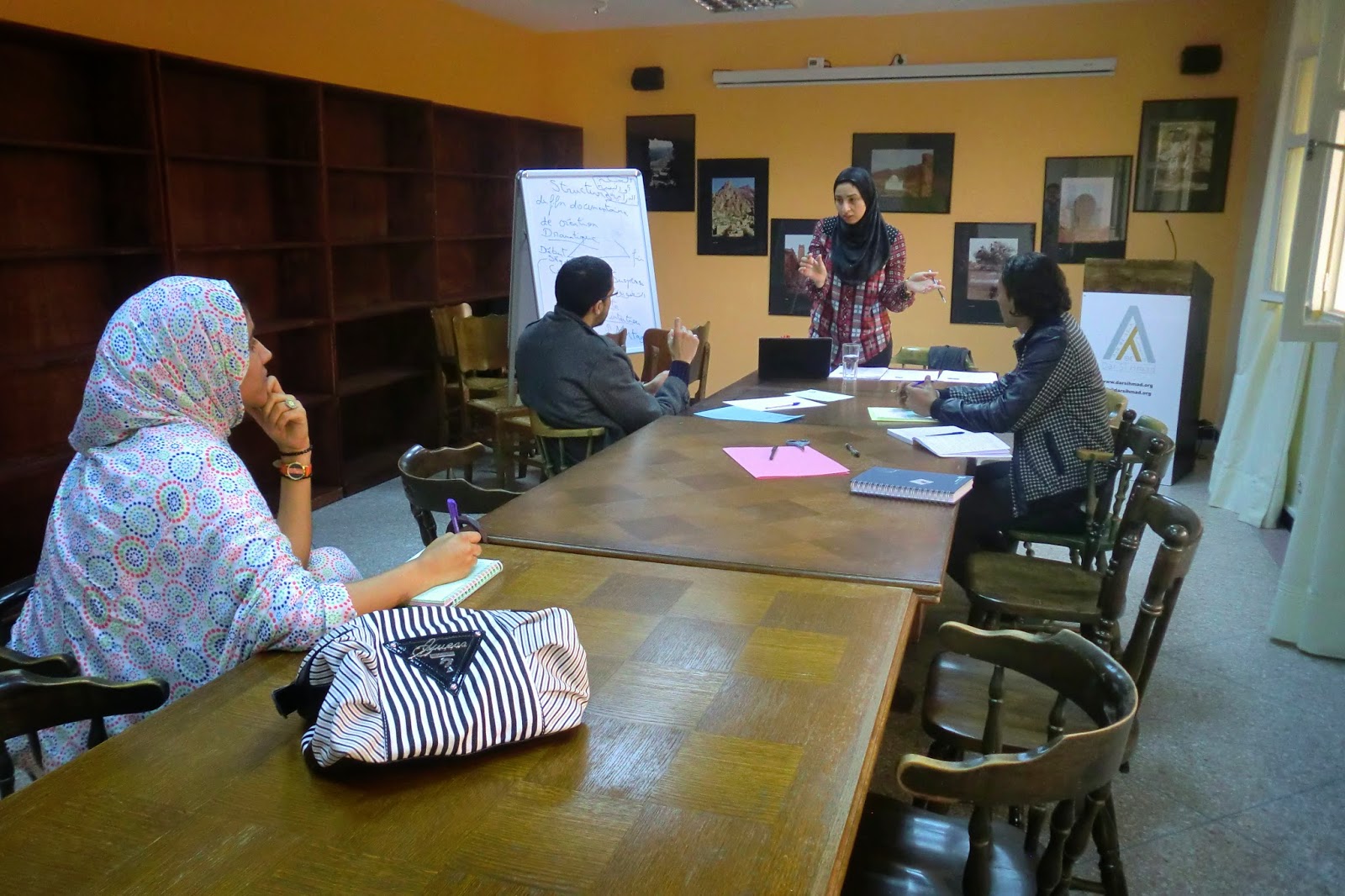 In April, Dar Si Hmad invited Ms. Mirit Mikhail and Mr. Mahmoud Afifi to celebrate cinema for a four-day event in Agadir. On the first day we screened the film 18 Days in the Heart of the Egyptian Revolution directed by Ms. Mikhail and Mr. Farid Ismail, both French-Egyptian filmmakers. The documentary is the only film to look at the revolution from the perspective of the Egyptian diaspora. 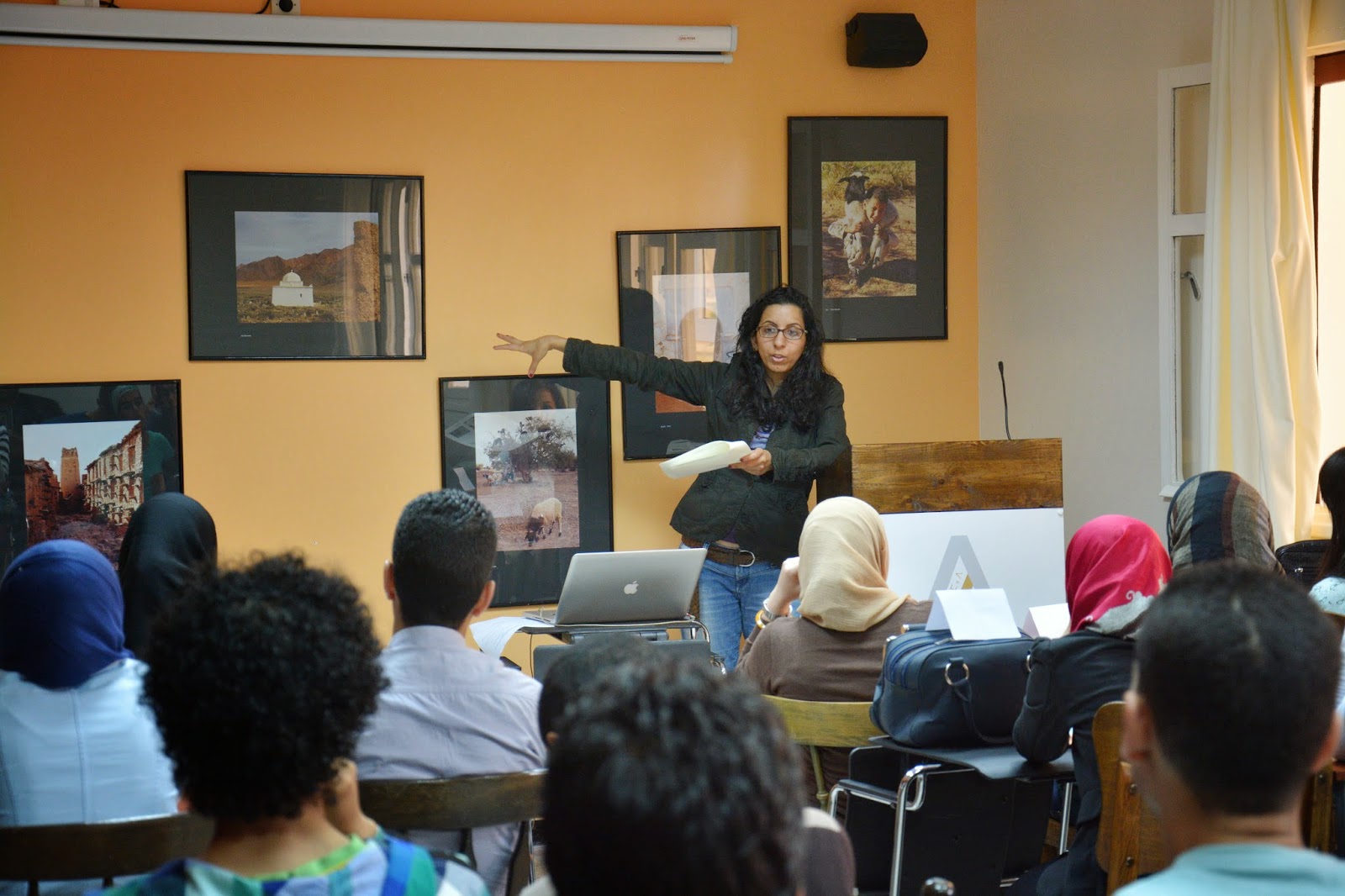 Various university students, professors, expatriates and researchers attended the screening and engaged in a debate with Ms. Mikhail about the Democratic Spring in Egypt. The audience was also curious on how the Egyptian diaspora views the current situation in Egypt and the ways in which they aspire to be part of the making of modern Egyptian history.
For the following three days, Dar Si Hmad hosted a workshop facilitated by both Ms. Mikhail and Mr. Afifi focusing on photography and filmmaking techniques. Ms. Mikhail taught the history of cinema, how to write a scenario and how to make one-minute films. Alternatively, Mr. Afifi focused on photography techniques, types of lenses and the lighting on how to read the characteristics of camera lenses. Both workshops complemented each other and gave basic training to aspiring filmmakers. 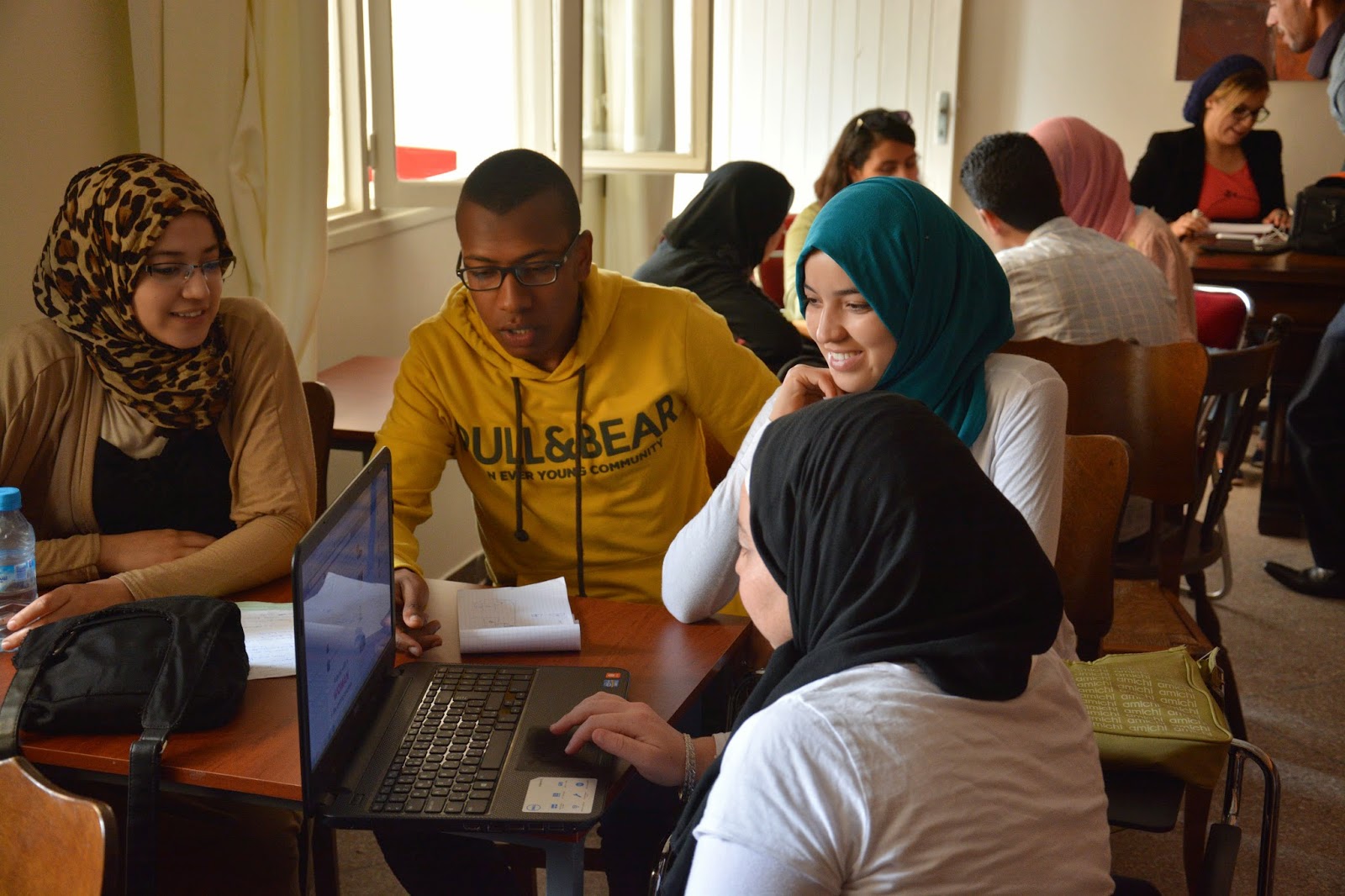 The last day of workshop was dedicated to teaching students how to make a one-minute film. The students spent the whole morning preparing their scenarios and shooting. In the afternoon, both trainers coached the students on the editing of their films. By the end of the day, the students felt a sense of accomplishment after screening their short films thanks to the help of the trainers and the passion of the students. 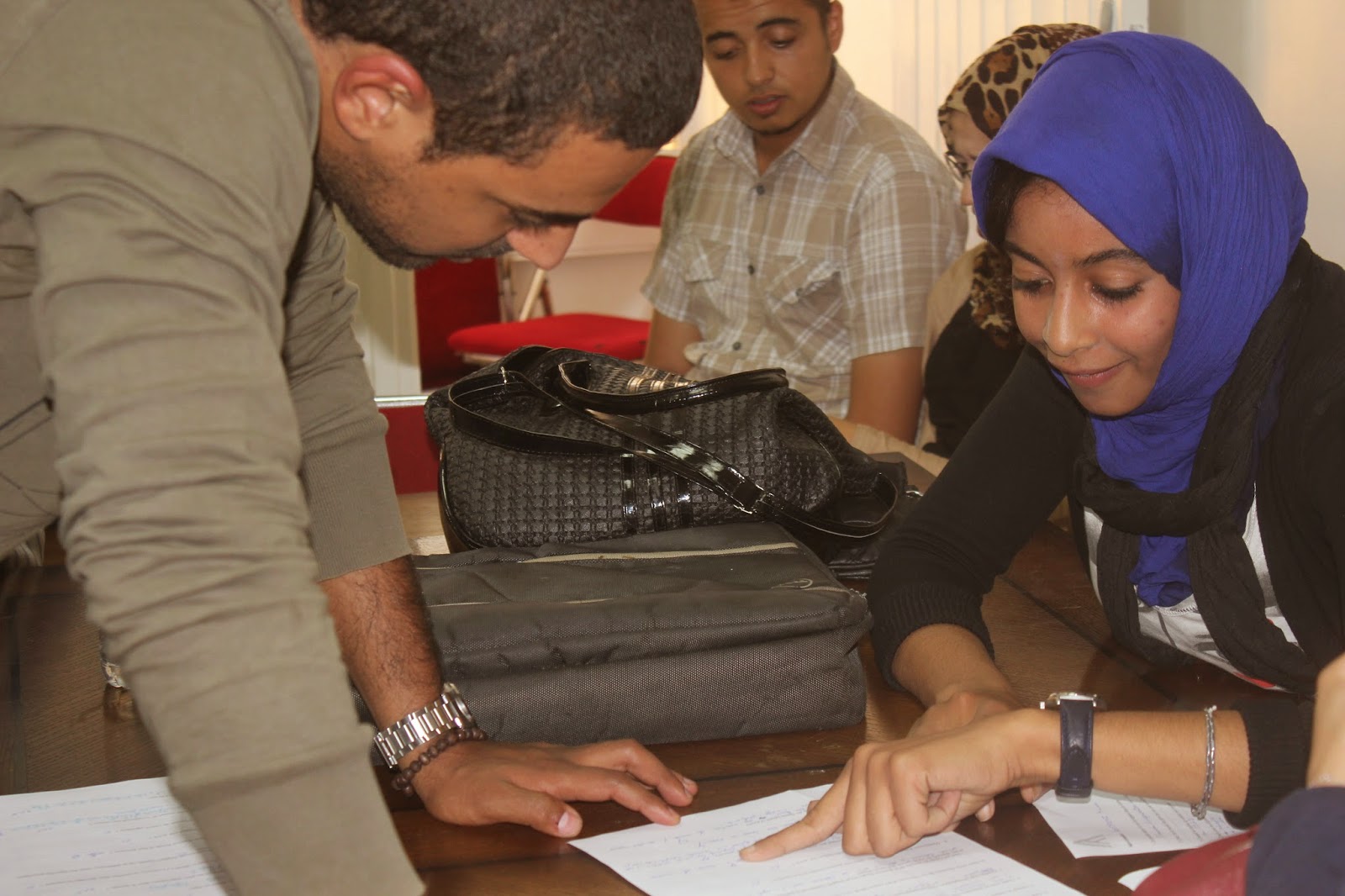 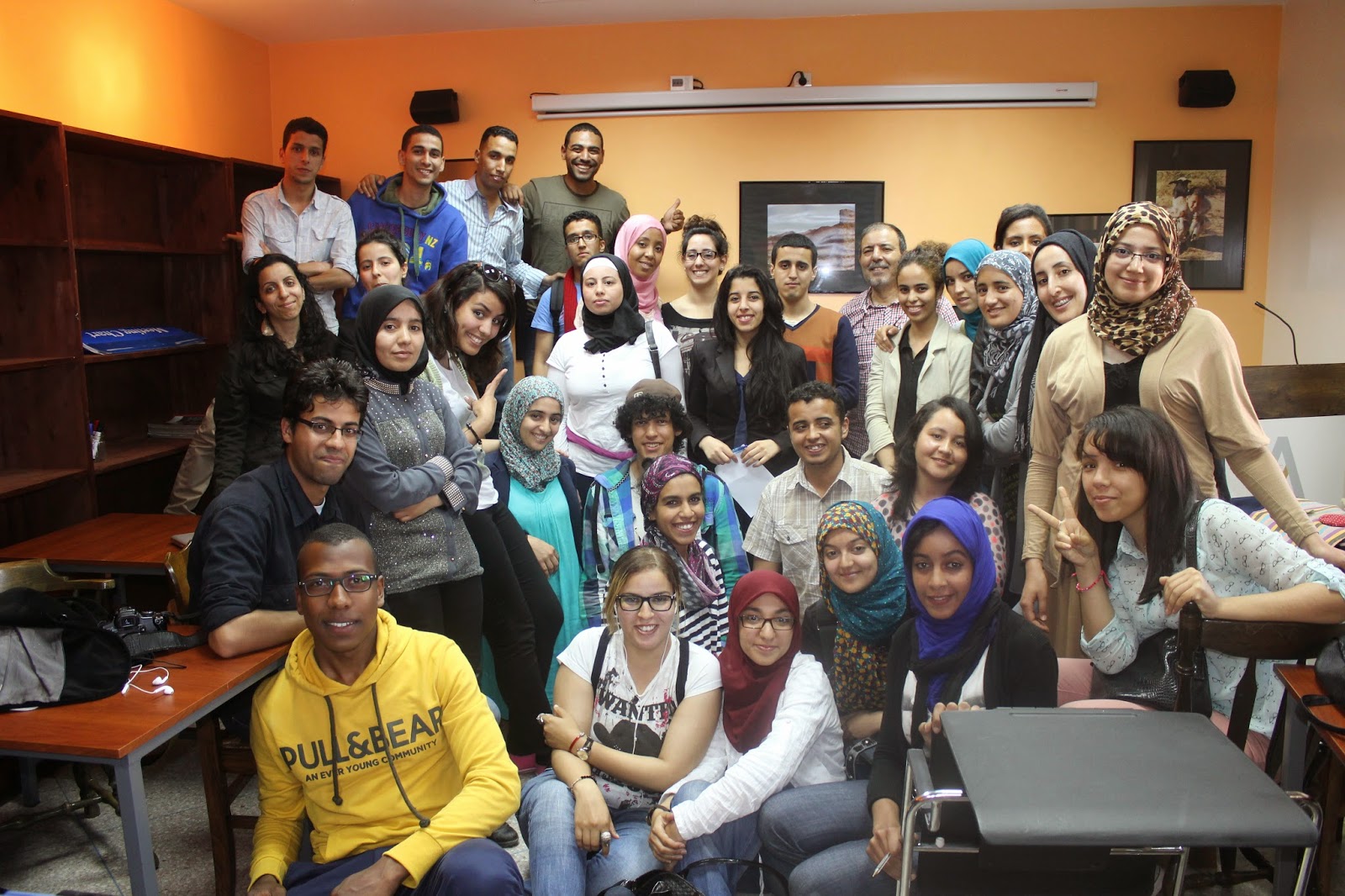 Here below is a 15-minute video on the history of cinema:

Here below is an example one-minute film that was presented by Ms. Mikhail during her workshop:

Thank you to the wonderful filmmakers and students who joined us for these events at Dar Si Hmad!