Happy World Day for Cultural Diversity for Dialogue and Development!

"Celebrating cultural diversity means opening up new perspectives for sustainable development and promoting creative industries and cultural entrepreneurship as sources of millions of jobs worldwide – particularly for young people and especially for women. Culture is a sustainable development accelerator whose potential has been recognized in the 2030 Agenda for Sustainable Development adopted by the United Nations."


Arabs and Imazighen, gnawa and ahwach, couscous, tajine and m’smen, washed down with a cup of fresh mint tea. What do these all have in common? They all mix together in a way that is special to Morocco’s character. 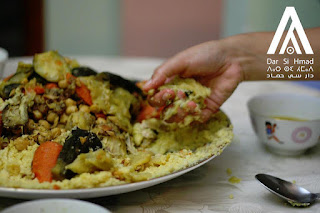 For centuries, Moroccans from small villages in the snowcapped Atlas Mountains, bustling metropolises like Casablanca, and dry lands in the Sahara have gathered around a rich variety of music, food, and drink. While life in these three different landscapes looks vastly different, the exchange of ideas and peoples through trade and movement has created a beautiful blend of cultures that has come to be "Moroccan" - while a diversity of elements remain unique to specific communities.

Morocco is currently home to two major ethnic groups, the Arab and Amazigh (or Berber) - but each of these groups has many subcultures, the two have been integrating for centuries, and many others have left their mark on the country's culture.

The Imazighen are the region's original inhabitants. Arab communities came to North Africa in the late 8th century BC during the Islamic conquest. The interplay between these two cultures has come to define Moroccan culture. Listening to the radio, it is not uncommon to come across the soulful sounds of Arab icons such as Oum Kalthoum, the mesmerizing string instruments in gnawa originating from the Sahrawi people in southern Morocco, and the cacophony of lively chants found in ahwach typical of Imazighen. While couscous and tagine are popular dishes the country over, regions add their own special flairs to make them distinct 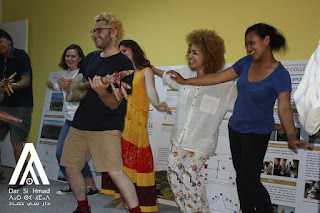 By commemorating May 21st as World Day Cultural Diversity and Development, the United Nations Educational, Scientific and Cultural Organization (UNESCO) urges us to deepen our understanding of cultural diversity and to advance the goals of UNESCO Convention for the Protection of the Diversity of Cultural Expression adopted in 2005. The day reminds us of the power and importance of culture and encourages people and governments to:
Dar Si Hmad's full name is "Dar Si Hmad for Development, Culture and Education". Celebrating culture, valuing diversity, and promoting intercultural exchange is core to the organization's identity. We believe that culture is a powerful way to initiate dialogue, build understanding, and develop communities.

Agadir, where our main offices are located, is positioned in the center of Morocco and is widely considered as being the midway point between the north and the south of the country. "Bab Sahara", the gate to the Sahara, is located just south of us. A crossroads of sorts, Agadir offers easy access to the many different cultures of the people originating from surroundings areas. The city is a handy launch from which people can discover and interact with Moroccan culture in its many forms

Our Ethnographic Field School (EFS) program makes the most of this and our belief in the power of culture. EFS courses promote cross-cultural understanding and exchange. In the typical warmth of Moroccan hospitality, Dar Si Hmad regularly opens its doors to international researchers and student groups to discover Southwest Morocco through the EFS program. International researchers and students can benefit from curricula designed to uncover the many facets of Moroccan culture through language courses, excursions, and interaction local communities. 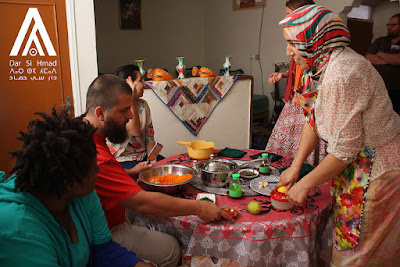 Our Ethnographic Field School focuses on learning through interpersonal interaction, promoting local cultures by facilitating honest and equitable visits with foreigners hoping to learn and share. EFS has inspired researchers and students to undertake academic research projects and engage with communities in southwest Morocco. During their time here, participants learn everything from how to press argan to create oil to darija (the Moroccan Arabic dialect) and Tachelhit (the local Tamazight variation). Students explore women's handicraft cooperatives, village traditions, and musical forms.

Dar Si Hmad believes that these face-to-face interactions enable learning to go both ways. Celebrating cultural diversity is about appreciating and sharing your own while engaging with others'. The experiences that both local and visiting EFS participants carry with them reshape perspectives of the other - in the rural homes of Southwest Morocco and the urban homes of Midwest America. Encounters become the catalyst for eye-opening conversations surrounding Morocco and the world.

On this World Day for Cultural Diversity for Dialogue and Development, Dar Si Hmad encourages all of you to step outside of your comfort zones, look carefully at your surroundings, and discover how you can impact those around you and develop your communities by seeking opportunities for cross-cultural dialogue.
Posted by Dar Si Hmad at 10:00 AM