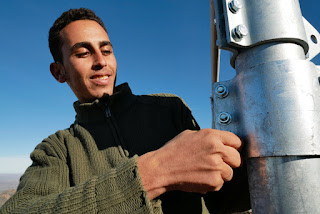 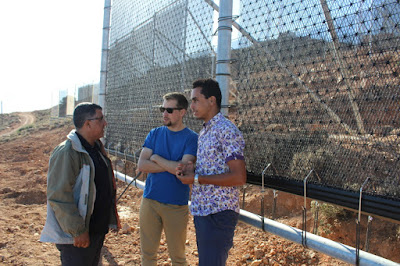 From the Logbook: Employees of DSH Tell their Stories, Hadda Bouzouguarh, Chef and Hospitality Manger

The Hardest is Always Bread Allergies

Free adaptation based on interview with Chef Hadda 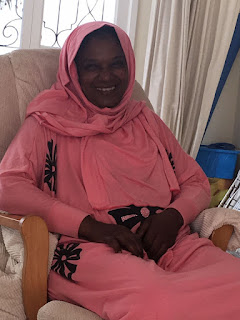 There is a large repertoire of Moroccan cuisine that I have grown up eating and that I have learned how to cook, but I can never tell you when exactly. I have always been around food, raw, cooked, in the souks and in the pantry, I love food and I love preparing it and sharing it.  I have been the Chef at DSH for the last 3 years and my role is to prepare hearty and authentic Moroccan food to our students and visitors. The tajines of fish from the shores of Sidi Ifni, or the tajines of goat meat with quince, or free range chicken with pickled olives and lemon, or a steaming bowl of beans (lubia), or yet again the skewers of sausages  and zucchini with a side of tomatoes with parsley grilled in the oven are all dishes that are eaten with Bread. For us, bread is the major food-staple, we eat bread accompanied with broth, to translate it literary it is “we ingest bread,” /kanduwzu l-khubz/. Breads are the major staple to us, for breakfast from Rghayef, msemen, beghrir or harsha (all bread types), to Aghrum afornu dripping with Argan oil, to the chfenj of the afternoon (fried bread) dipped in honey, bread is always present, always essential and always necessary, at times it is the only thing that can really fill the hunger, isn’t that otherwise called soul-food? 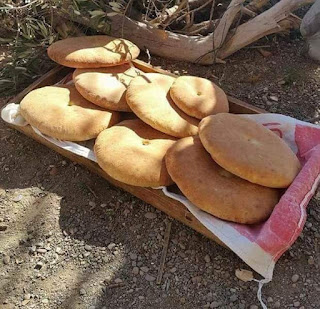 So you can imagine my concern when we hosts students who cannot eat bread, not as a matter of choice because it is fattening, but because of increasing instances of gluten intolerance, at times very serious.  I am concerned because I feel they cannot have a full culinary experience of what eating “like a Moroccan” means, I feel concerned because the alternative choices are really limited, and because I worry that such an allergy not be always comprehended by a range of people when they move from our center at DSH. I don’t have a solution, but I have learned to be creative with barley, with maize and with rice-flour that is now available. I take it as my mission to give priority to these students so they still have an exciting culinary experience despite this major limitation. The administration encourages me to be creative and adventurous. At times, I have to compromise the ‘authenticity’ of a recipe if one is to reference the dishes to the traditional recipes handed down generations ago, but I also have to think about the health and safety of the student and the guest. This is my priority and my mission at work is to strive to reach this balance despite constraints. I am always so happy and excited when on their last day the students come, hug me and say a deep-heart thank you; that day I myself don’t eat bread as my soul is in heaven! 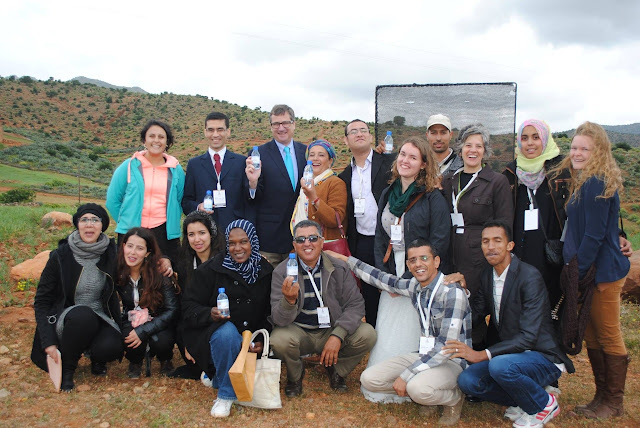 Posted by Salwa El Haouti at 3:01 AM No comments:

From the Logbook: Employees of DSH Tell their Stories/ Abdallah El Moutaouif, Accountig and Finance Manager 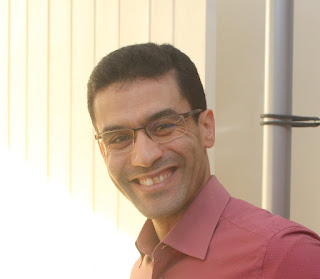 I have joined DSH in mid 2013, I am what one might call a “fixture” of the organization, there is certainly some humor in being identified as such and I welcome it. Through the years I had to learn to adjusting to living with the life cycles of the organization which can be very taxing emotionally and procedurally. Allow me to explain: the organization welcomes young people with no prior experience and so for us, the core of the DSH administration, we have to spend fair amount of time training the new comers and getting to know them as people. Then following a year or maximum two, a life-cycle, they are looking forward to discovering other worlds. 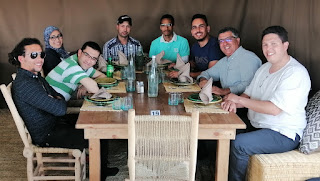 Saying goodbye for me is always a painful process; I’ve just gotten used to working with the person, used to having a new support and friend, used to navigating the cultural differences (as often we have different nationalities in our staff and volunteers), and then the time is up for them to leave. And once this happens, the work-load these people used to do, gets re-distributed among us the core of DSH-Administration. There is a strong solidarity among us at the core, and as we adjust to seeing our old colleagues leave and manage our work-load, we look forward to hosting new blood, to saying hello to newcomers. 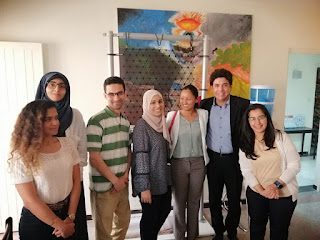 There is also an opportunity for us in that as we do each other’s job, we become versatile and can wear any hat in the organization, this is a very strong point. Yet, we are all so much aware of the risk that such turnover can have on the long term for the organization, but we also like to think there is so much positive outcome in this.  We welcome new, enthusiastic, and often very passionate new staff. Surely, and as said before, there yet again the need for time to adjusting, to teaching and to connecting to the new person, but it is largely a positive experience as the youth keep the edge on the work we do as we proudly serve vulnerable communities learn and prosper.

Breaking and leaving the shell 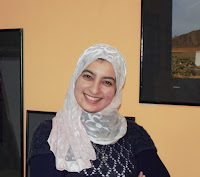 Since I joined Dar Si Hmad in 2016, my job has always been behind the scenes. I love numbers as I am responsible for the balance sheets of the association; I control the inventory and the fixed assets; and I prepare contracts for my colleagues, partners, or the few consultants. I make sure that Dar Si Hmad’s legal and fiduciary standing are always impeccable and up to date.  Without these documents that indicate that the organization is in good health, that it functions according to the legal standards of Morocco, it can neither seek external funding nor be a steward for the community we service.

But the organization is small, we fluctuate between 7 to 11 employees (depending on the projects we run), and we all have to participate in events even when that is not our specialty. My director proposed me for such public event, speaking about the fog-collection project, to a wide public in Warzazate, a town in Southeast Morocco.  My initial response was to refuse because I felt I could not face up the crowd, that I would lose my voice, that I would never be able to find the right words to respond, …. etc and the list of the doubting, destructive voice is just too long! Everyone in the office at Agadir or travelling from Sidi Ifni sat with me, and each one encouraged me, gave me words of comfort and told me how much they trusted me. I prepared a presentation with numbers, pictures, statistics about the project and rehearsed the presentation in front of everyone. Encouragements and suggestions came from all parts and I left for Warzazate in new garb of self-confidence. 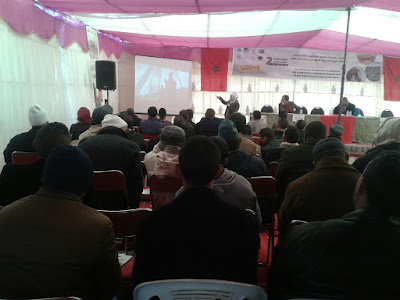 The day of the presentation, I listened to the speakers before me and then my name was called. I walked to the podium and clicked on the presentation, but to my surprise, the system refused to work even though we had set it before. My heart was pounding and I broke up in a cold sweat, terrified about what to do next. Then I closed my eyes for a moment and remembered the faces of my colleague back in Agadir as they listened to me during the rehearsal. I opened my mouth and the entire presentation came up, with no visuals to aid. Little did I know the technician had fixed the problem and the images were streaming behind my back. I talked and talked, I had broken out and left my shell. I still love the work with numbers, contracts, and colleagues that I am doing, but I also know that I can participate in other venues when and if necessary. DSH works with and services the communities, but we the staff all work together and learn from each other, it has been almost 4 years that I am here and I continue thriving in my work.
Posted by Dar Si Hmad at 6:26 PM No comments: