By Katie Huge
This week in the RISE program, we mixed things up a bit and guided the RISErs in a(n optional) day of interactive activities. Soufian Aaraichi, Natalie Sullivan, and Alex Kochenburger were away this week, so Katie Huge and Maisie Breit took the reins and had two “fun” sessions with the students.
In the first half of the session, we conducted what is known as the “Marshmallow Challenge.” In teams of three and four, the students had to compete to build the tallest structure with a marshmallow on top in only eighteen minutes. Each group was given only twenty pieces of spaghetti, one yard of tape, and one yard of string. It was interesting to see the different ways each group interacted and assembled their structures. All of the groups started with elaborate plans in mind, but by the end of eighteen minutes, less than half of the groups were left with a standing structure. 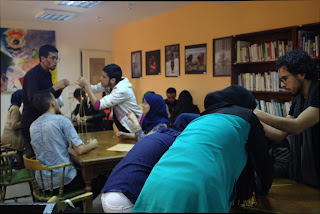 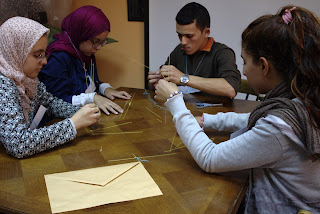 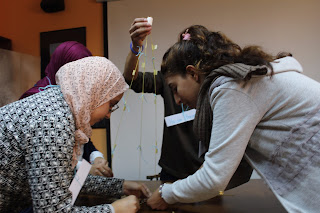 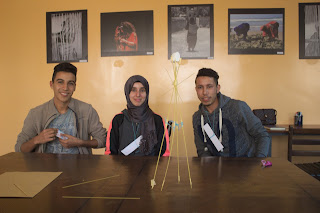 Afterwards, students discussed the various factors that made them successful or not. For many, the marshmallow had been much heavier than anticipated and their base was not strong enough to support it. Some groups spent too much time planning, leaving little time to construct and test their plan. The marshmallow challenge was useful for the students because it physically demonstrated the difficulties of working in a group, and different strategies to solve a problem. 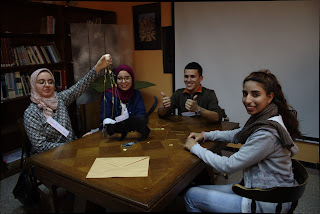 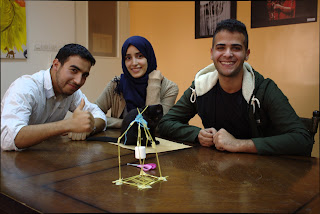 In the second half of the session, the students watched Chimamanda Adichie’s TED Talk, “The Danger of a Single Story.” In her speech, Chimamanda Adichie talks about her own experience with single stories and stereotypes, and she explores why people are so vulnerable when diminished to a single story. The students led their own discussion addressing common stereotypes they face in their own lives as well as stereotypes they have heard about other places. They discussed how the media impacts the way in which stories are received, and how that subsequently determines people’s perception of one another. The students stressed the importance of creating and sharing many stories in order to give people around the world a better idea of what Morocco is like.


We hope the students had fun working with their peers and leading a group discussion today. We think they got a lot out of the discussion and had a good time trying something new in the classroom setting. We hope to do an outdoor field day in the future in order to help the students get to know each other better as well as offer new perspectives that they might not be exposed to during our usual sessions.
Posted by Dar Si Hmad at 5:52 PM