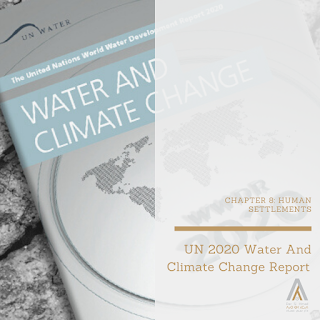 The eighth chapter of the UN 2020 Water and Climate Change Report focuses on water-related impacts caused by human settlements. As of 2018, 55.3% of the world’s population lives in cities, a number expected to increase to 60% by 2030 and 66.4% by 2050. Expanding cities and human settlements will put additional pressure on water sources. Even though cities are a hub for economic growth, they are also replete with health inequalities in which access to water and sanitation may be limited.

Whether it be through higher temperatures, reduced rainfall, and drought, or increased precipitation and flooding, urban settlements feel the water-related effects of climate change the most. It is projected that by 2050, 3.9 billion people will live under severe water stress. The most affected regions will be the entire Middle East and East Asia, as well as much of Africa. Developed countries are also vulnerable to water stress, because infrastructure is not climate-resilient and can, for example, be damaged by coastal flooding.

Physical infrastructure for water delivery and sanitation may be disrupted by water-related effects of climate change, thus deteriorating water supply quality and having negative effects on human health and the environment. 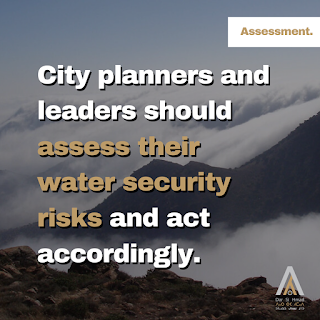 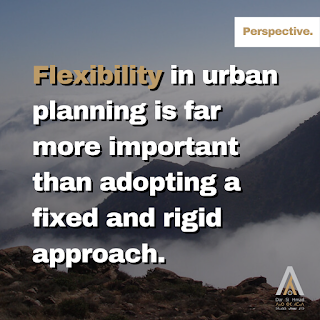 With so many people living in urban areas, cities will need to take leadership in adapting and strengthening their urban water management. It is important for city leaders and planners to broaden their understanding of urban development to include planning for future scenarios. Flexibility in planning is far more important than adopting a fixed approach.

As the report states, “there is no one prescriptive solution to address urban water resilience. Each situation varies and requires an independent analysis.” Particular areas of concern include identifying critical areas of water scarcity, such as increasing demand or the failure to invest in diverse water sources.

Additionally, planners should focus on the urbanization footprints (i.e. ecosystem damage) of their water sources. Urbanization footprints are significant in cities located upstream of a certain water source that pollutes the water supply for cities downstream, as well as cities that have to expand infrastructure onto wetlands, swamps, and floodplains because of overcrowding. 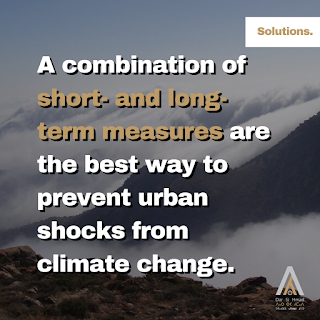 Overall, city leaders and planners need to factor in a combination of short- and long-term solutions that will effectively address their city’s water needs.