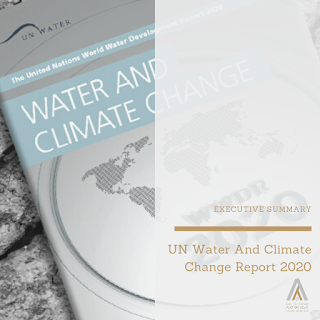 Water is vital to life. The absence of water will threaten our human rights to water and sanitation. Climate change affects both the quantity and quality of water. These effects manifest as water scarcity, drought, pollution, uncertainty about precipitation, extreme weather and more. Water also effects every aspect of our life and economy, including through human health, food security, energy production, economy growth, ecosystems, and industrial growth.


In the nine-page executive summary of the UN's World Water Development Report 2020: Water and Climate Change, it is made clear that the world and its governments must prioritize creative adaptation and mitigation strategies to ensure peoples’ access to water. The report states that adaptation measures (which moderate harm or exploit beneficial opportunities from climate change) are more present in water-related sectors, whereas mitigation measures (which are human interventions that reduce the sources or enhance the sinks of greenhouse gases) are not yet recognized in the water sector. 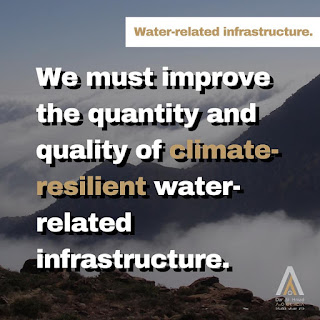 It is increasingly necessary to improve and adapt water-related infrastructure. The report also recommends increased investment in unconventional water sources, which include. Some water reuse efforts, desalination plants, the restoration and conservation of wetlands, and fog water collection projects like what we have at Dar Si Hmad. 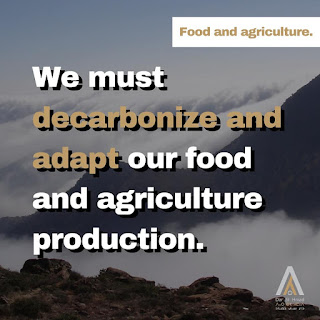 Food and agriculture also need to be reformed, but face two challenges. First, the industry must adapt its existing models for shifts in the climate – e.g. adjust farming for increased temperatures. Second, the industry must decarbonize through carbon sequestration, emissions reduction through land and water management, or climate-smart agriculture. 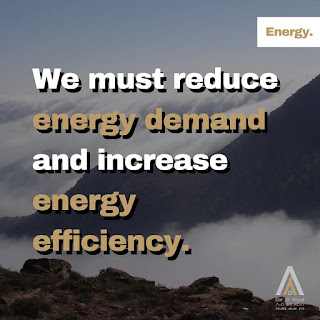 Climate change initiatives should also spotlight energy, since two-thirds of the world’s anthropogenic GHGs come from energy production and use. The world must reduce energy demand and increase energy efficiency, and an initial step to doing this is increasing the use of low-carbon renewable energy. 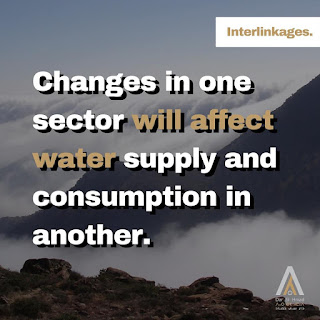 It is also important to consider the interlinkages between climate change adaptation and mitigation measures. Changes in one sector and directly influence the sector’s water demand, which can in turn alter water availability for other sectors. For example, water use requires energy, which leads to water reduction. If our sources of energy change or we need less energy, we would consume less water, produce less GHG, and mitigate climate change. 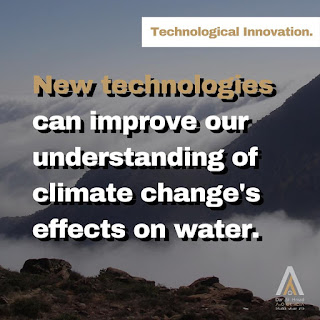 In order to adapt to and mitigate climate change, we will also need technological innovation that goes beyond our current abilities to measure and react to climate change. The report uses remote sensing technologies as a newer example that can identify large-scale processes not easily seen in traditional observation methods. For example, remote sensing data for crop loss assessment can inform researchers on the effects of flooding in certain regions. All of this, however, needs to be financed. There are two things that must be done for financing climate change’s impacts on water. First, we must recognize the potential of mitigation in water and sanitation projects, and also increase emphasis on financing climate adaptation. 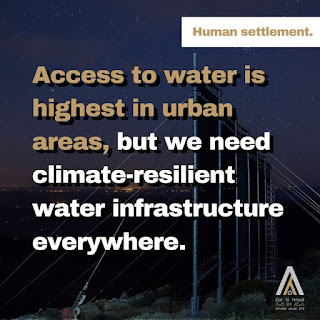 Climate change will also impact the water systems of human settlement. When water is scarce, water availability is typically highest for large urban areas, compared to small urban areas or rural settlements. This highlights the importance of expanding the physical infrastructure for delivering water, while also ensuring it is climate-resilient. 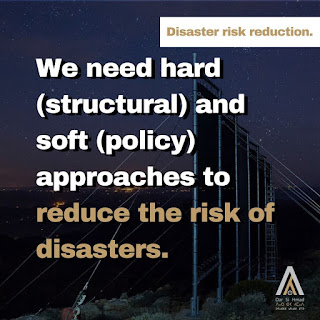 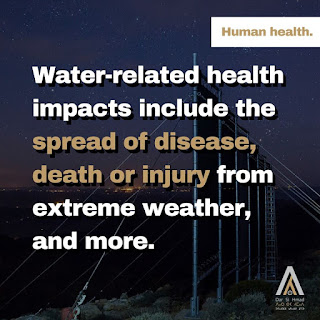 Regarding human health, water-related health impacts of climate change include an increase of diseases spread by food, water, or vectors, as well as deaths or injury resulting from extreme weather events. 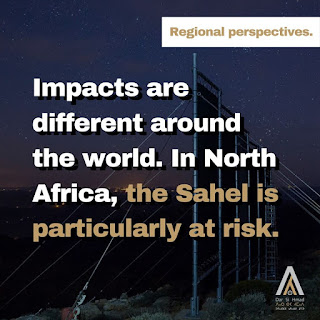 The report also addresses the regional perspectives and differences when it comes to water and climate change. Specifically, it focuses on sub-Saharan Africa’s water scarcity, Europe, Caucasus and Central Asia’s differing precipitation patterns, Latin America and the Caribbean’s changing water availability which is stressed by urbanization, inequality, and economic development, Asia and the Pacific’s vulnerability do disasters and extreme weather, and Western Asia and North Africa’s water scarcity.

In Western Asia and North Africa, the regions most at risk are the Horn of Africa, the Sahel, and the southwestern part of the Arabian Peninsula. The high vulnerability rate is compounded by the lower capacity to adapt to climate change these regions have, as well as socio-economic and political dynamics that may politicize or weaponize water resources. 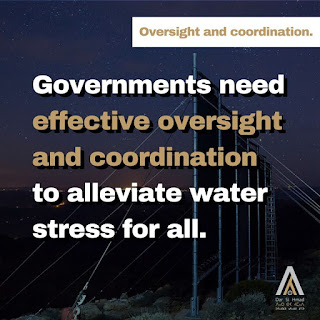 Climate change will affect water worldwide, so it is important to governments to have effective oversight and coordination, while also collaborating effectively with one another. The report stresses how around the world, marginalized communities like women and the poor are most directly impacted by these negative effects. The report states that efforts moving forward will require an “equitable, participatory, multi-stakeholder approach to water governance in the context of climate change.”